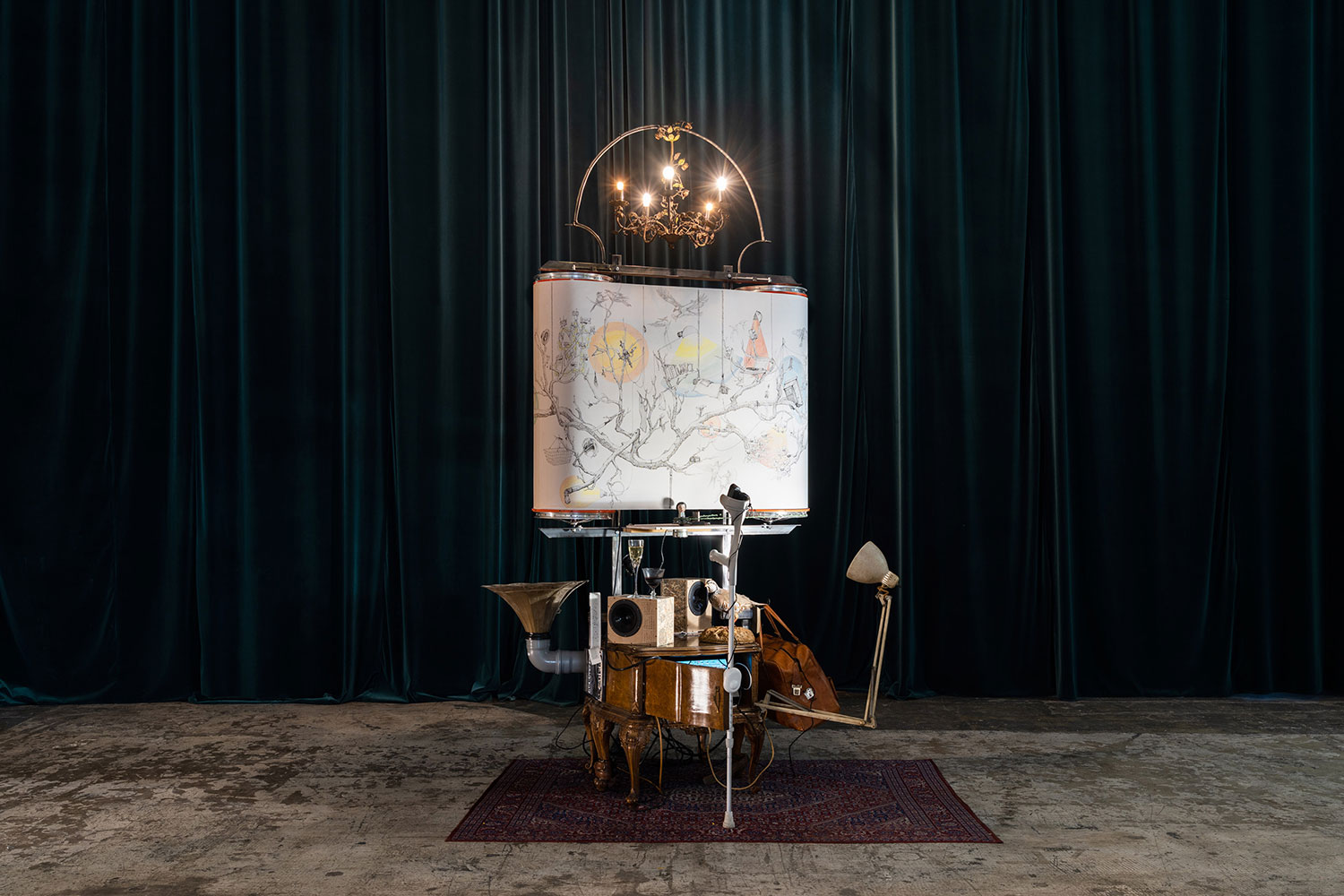 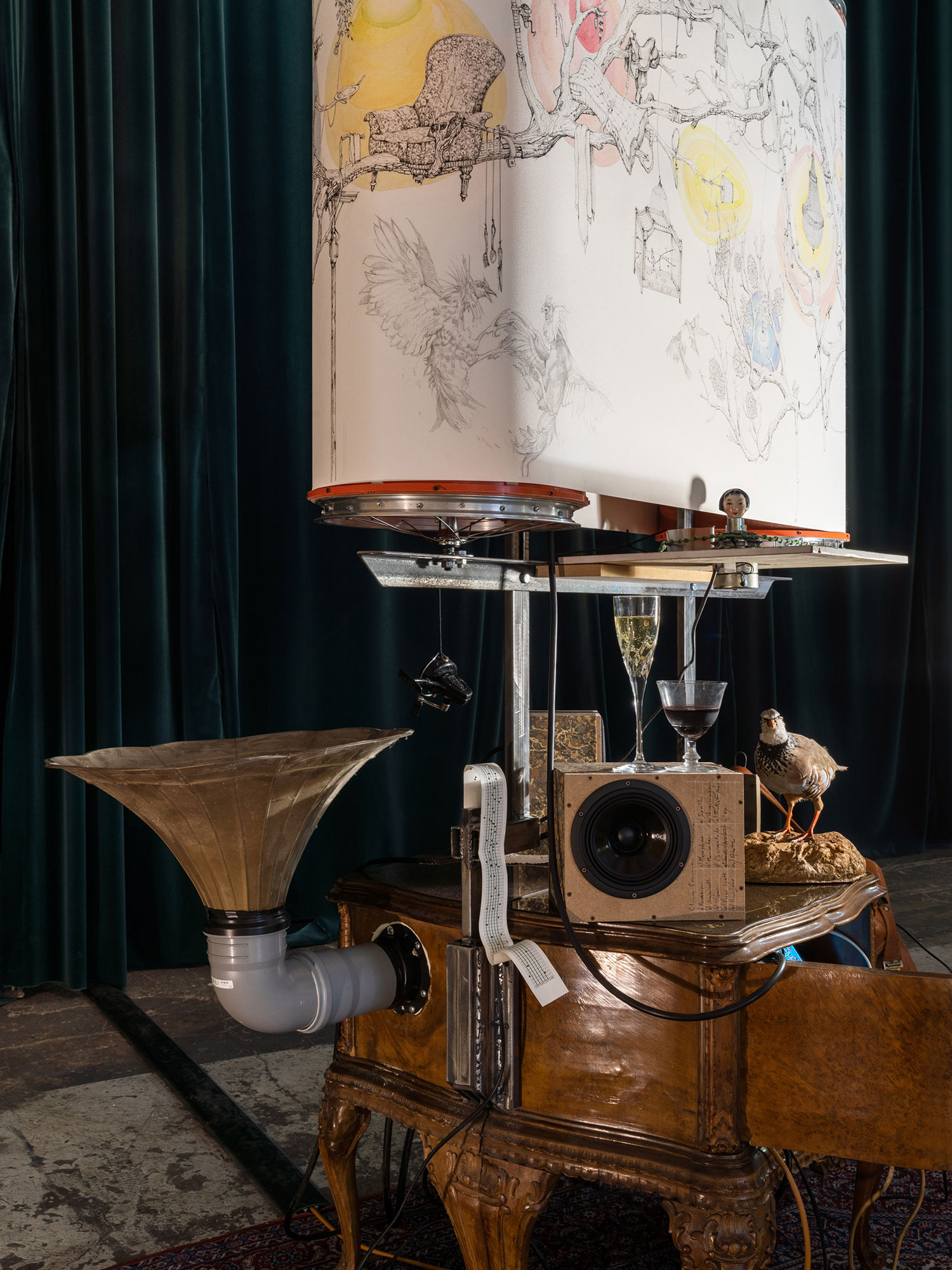 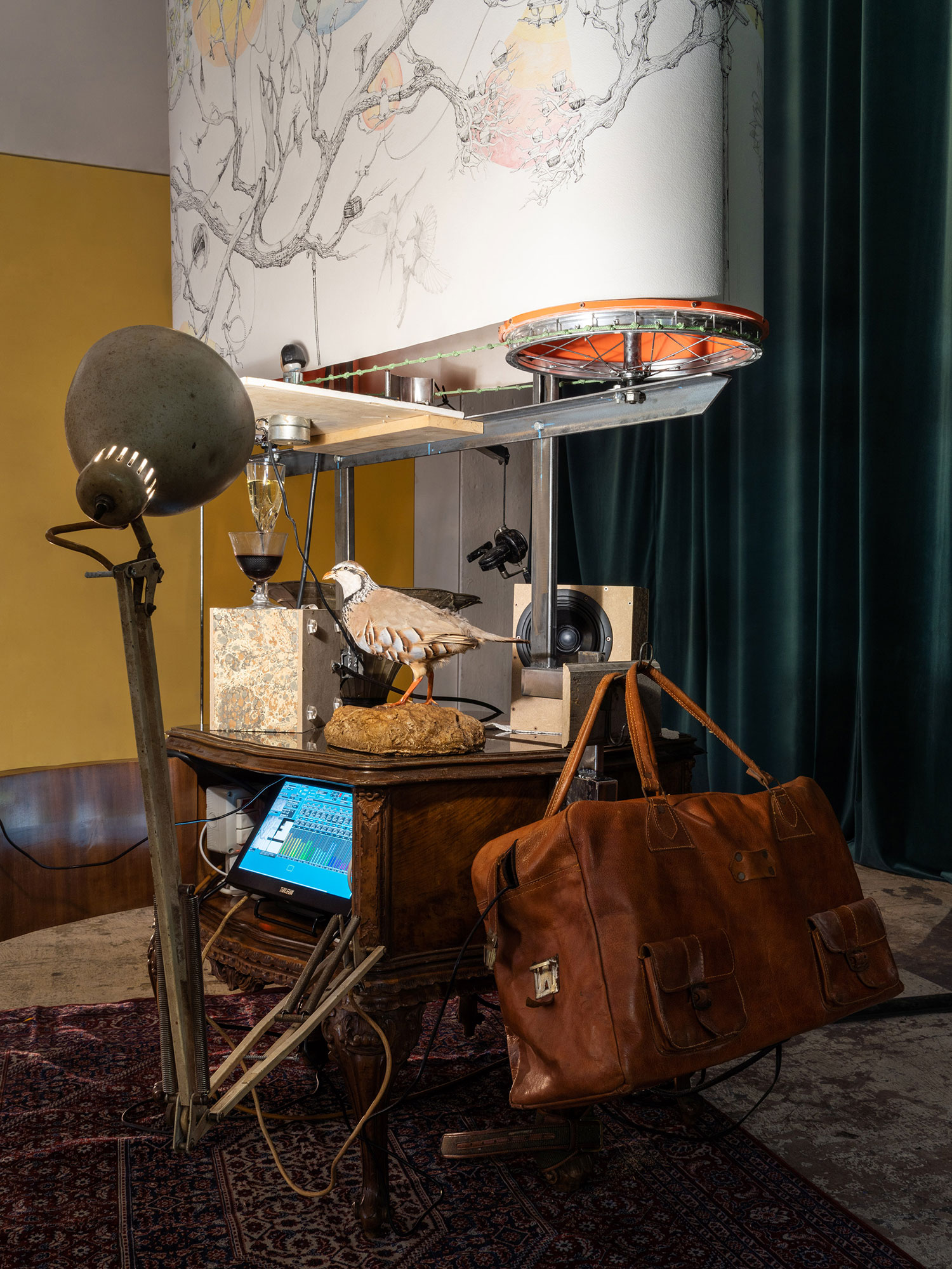 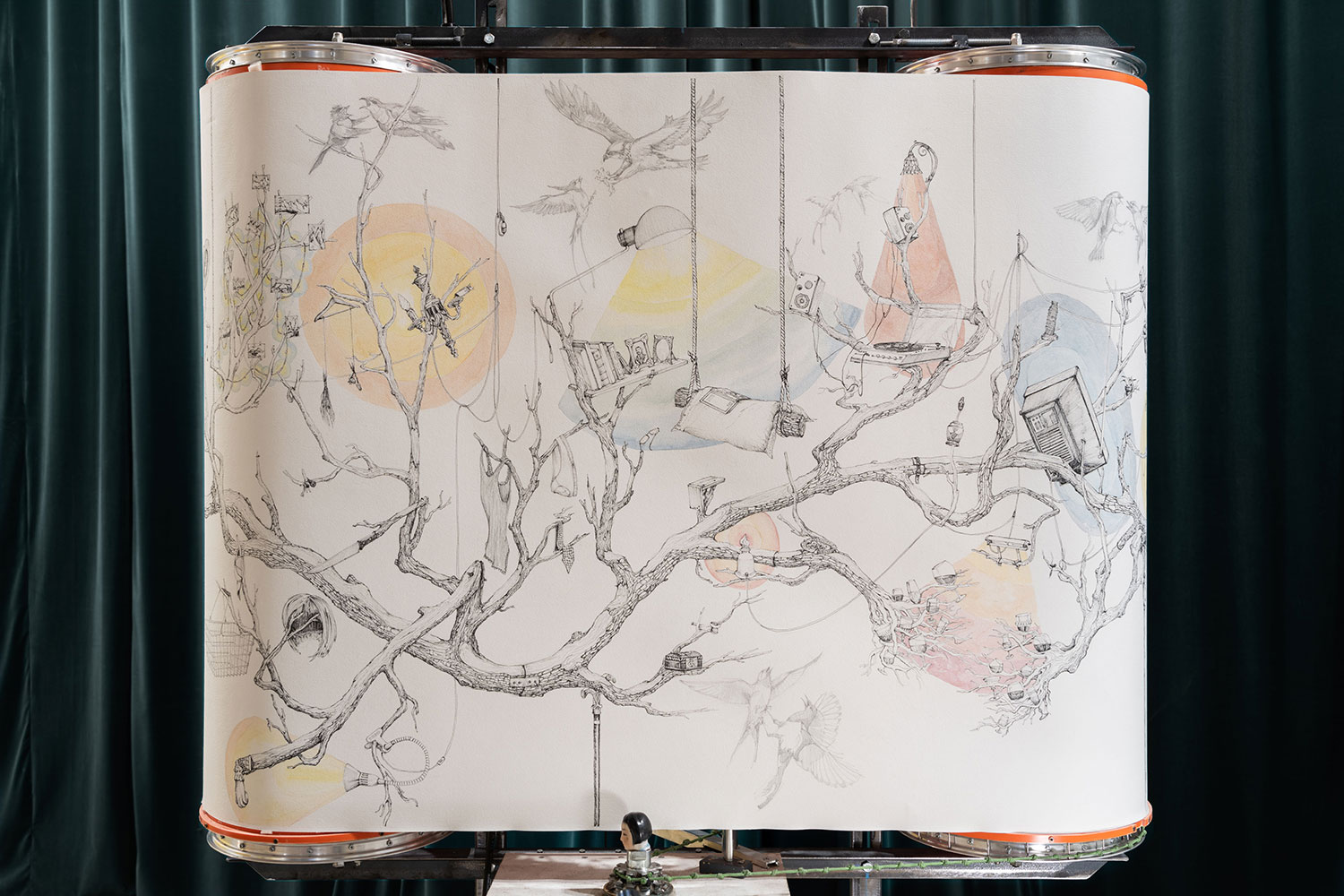 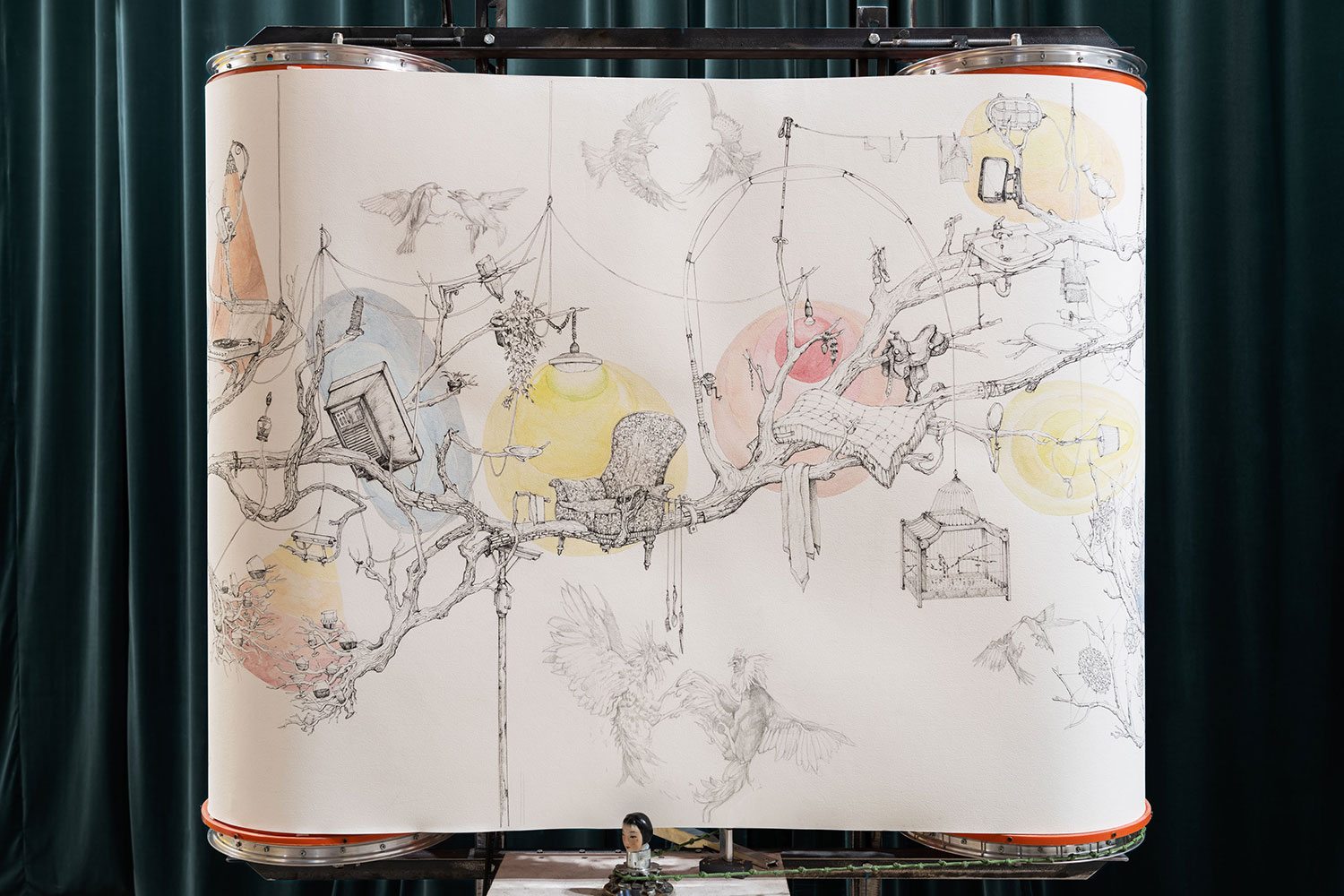 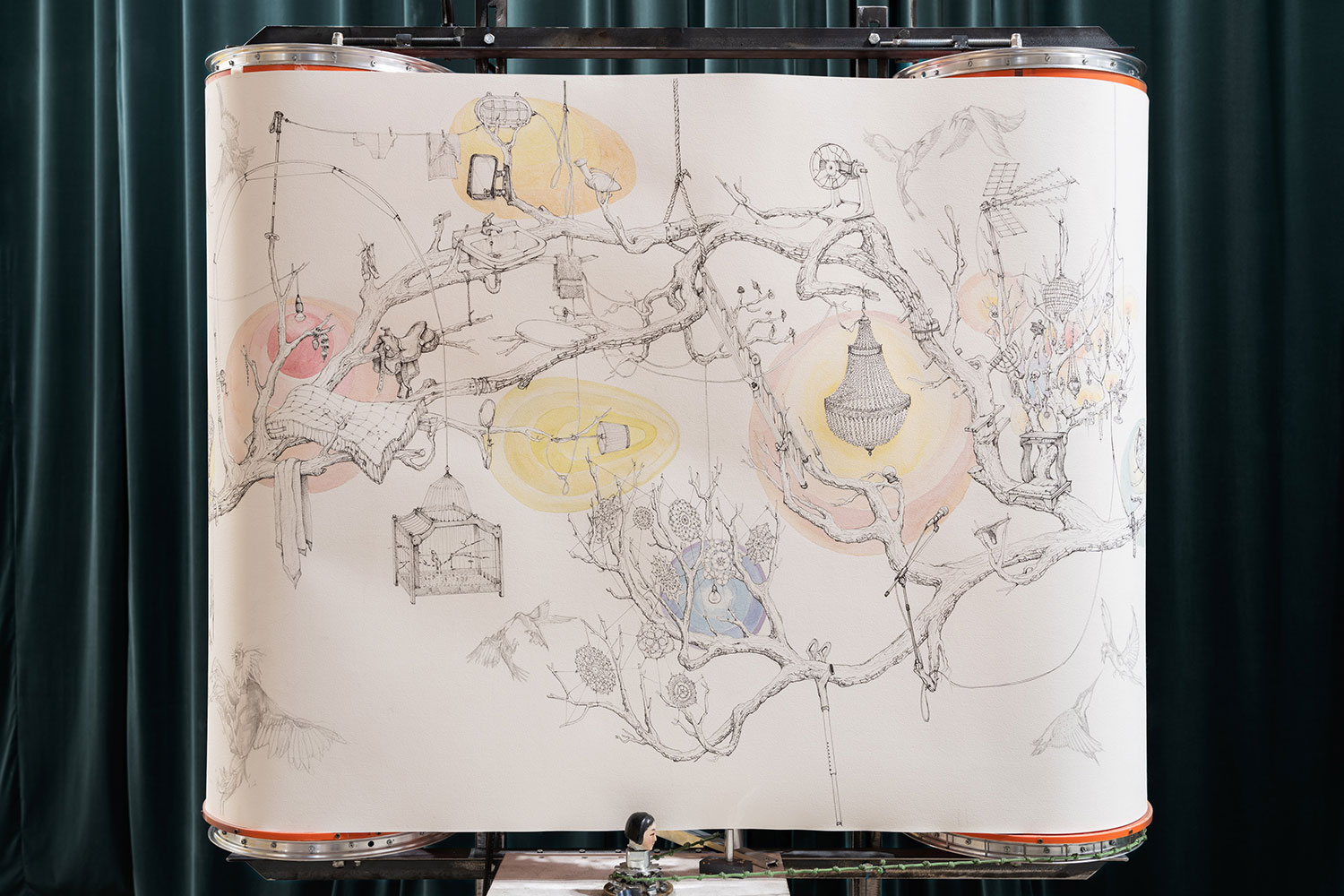 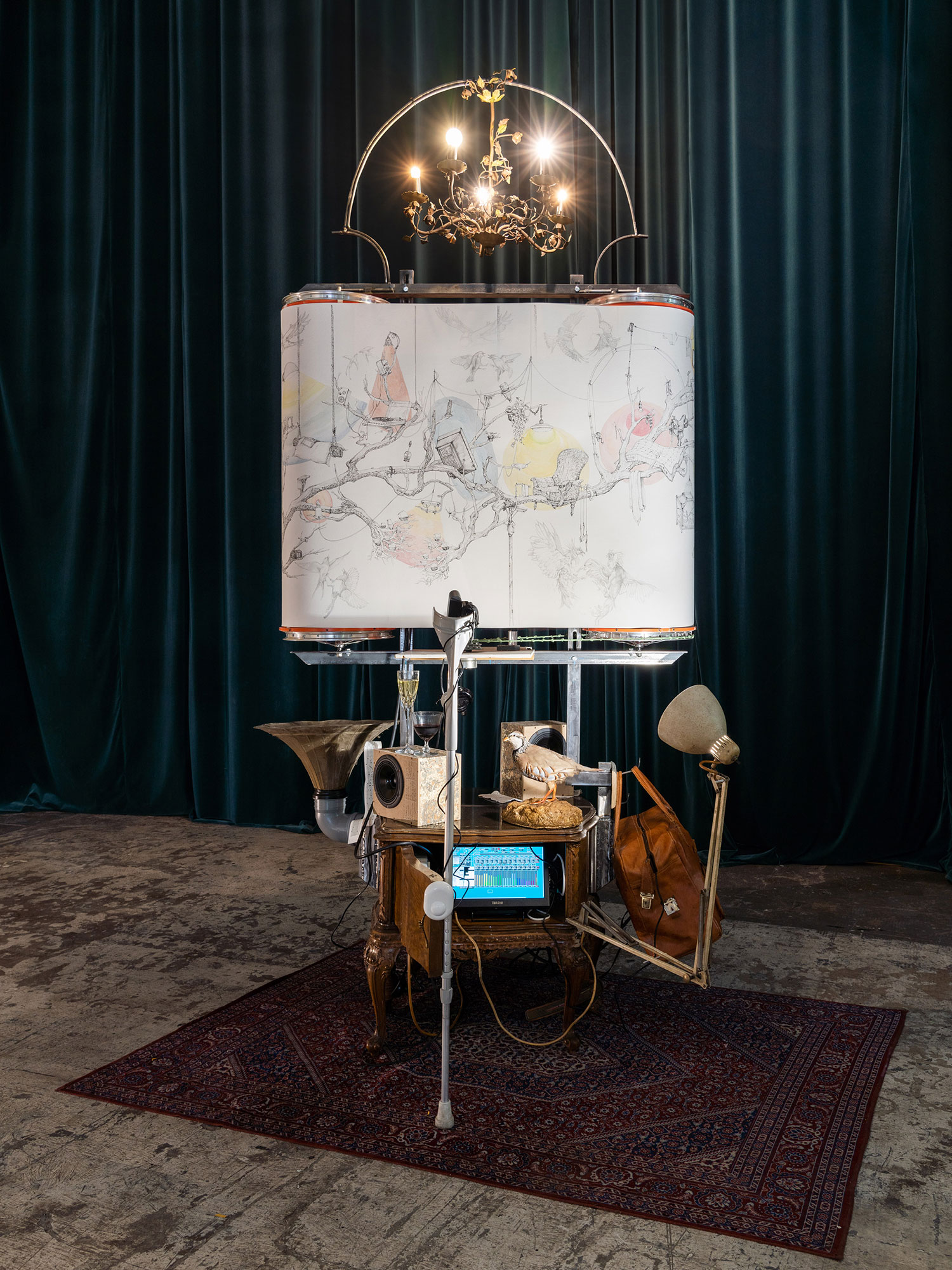 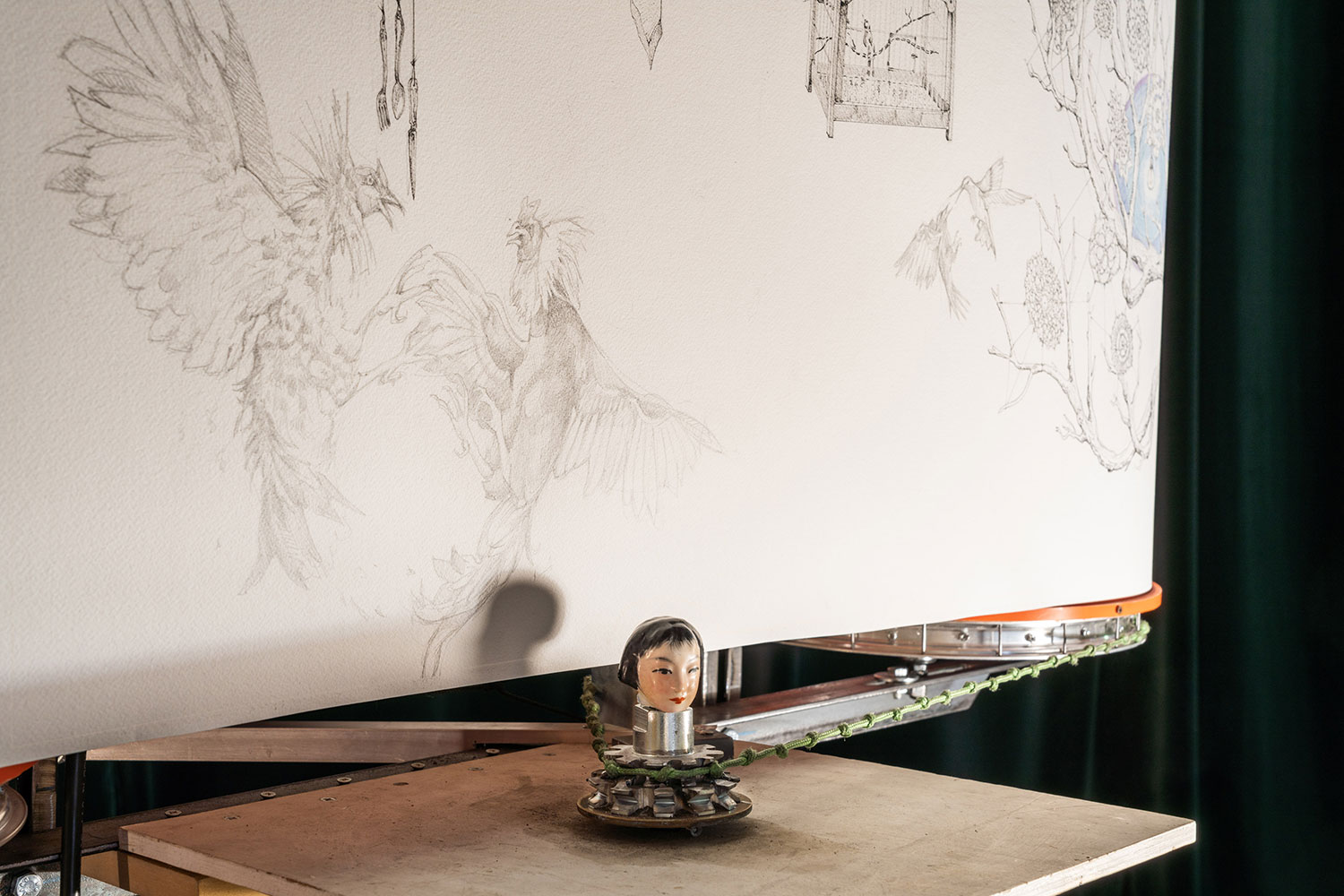 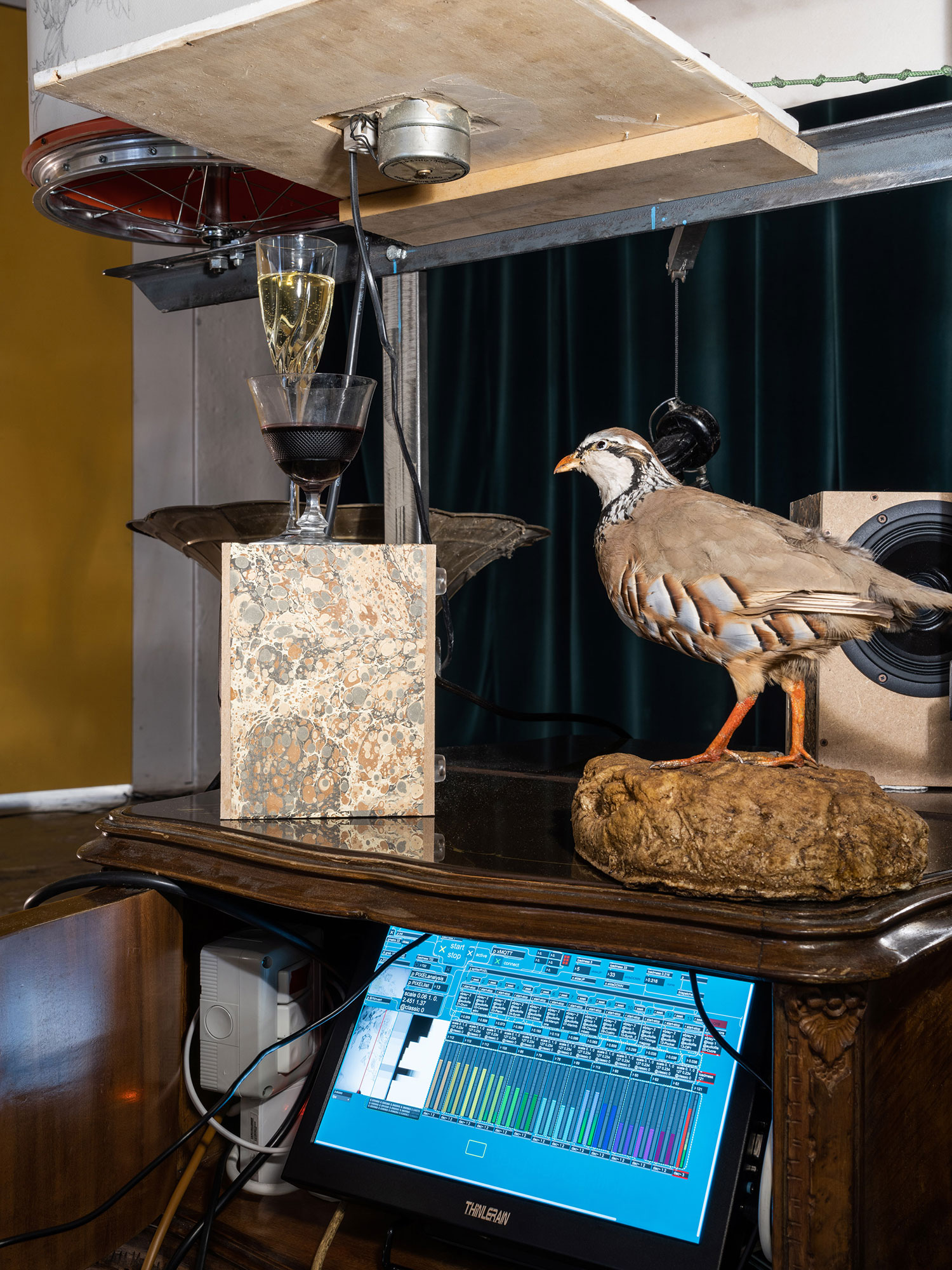 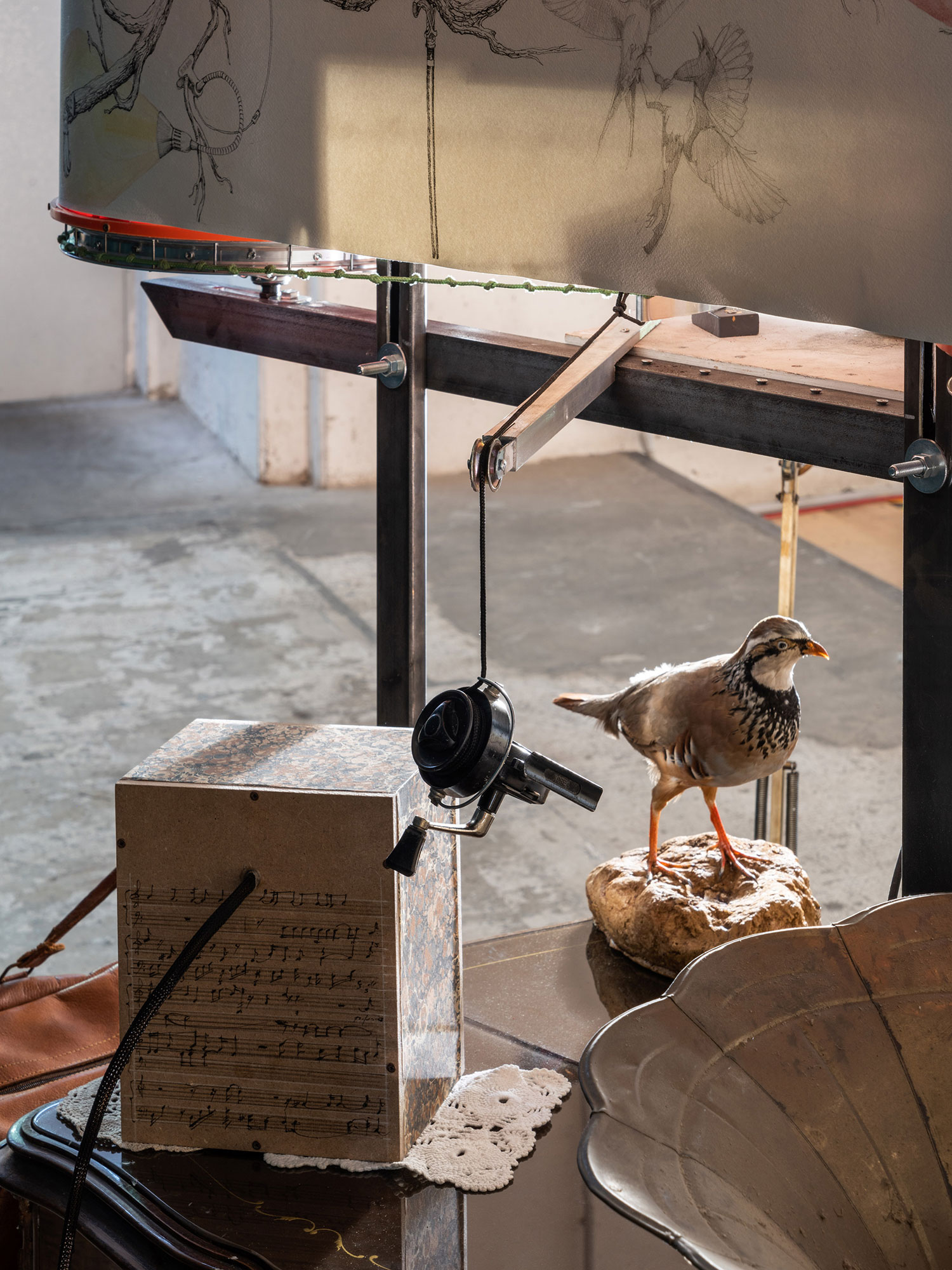 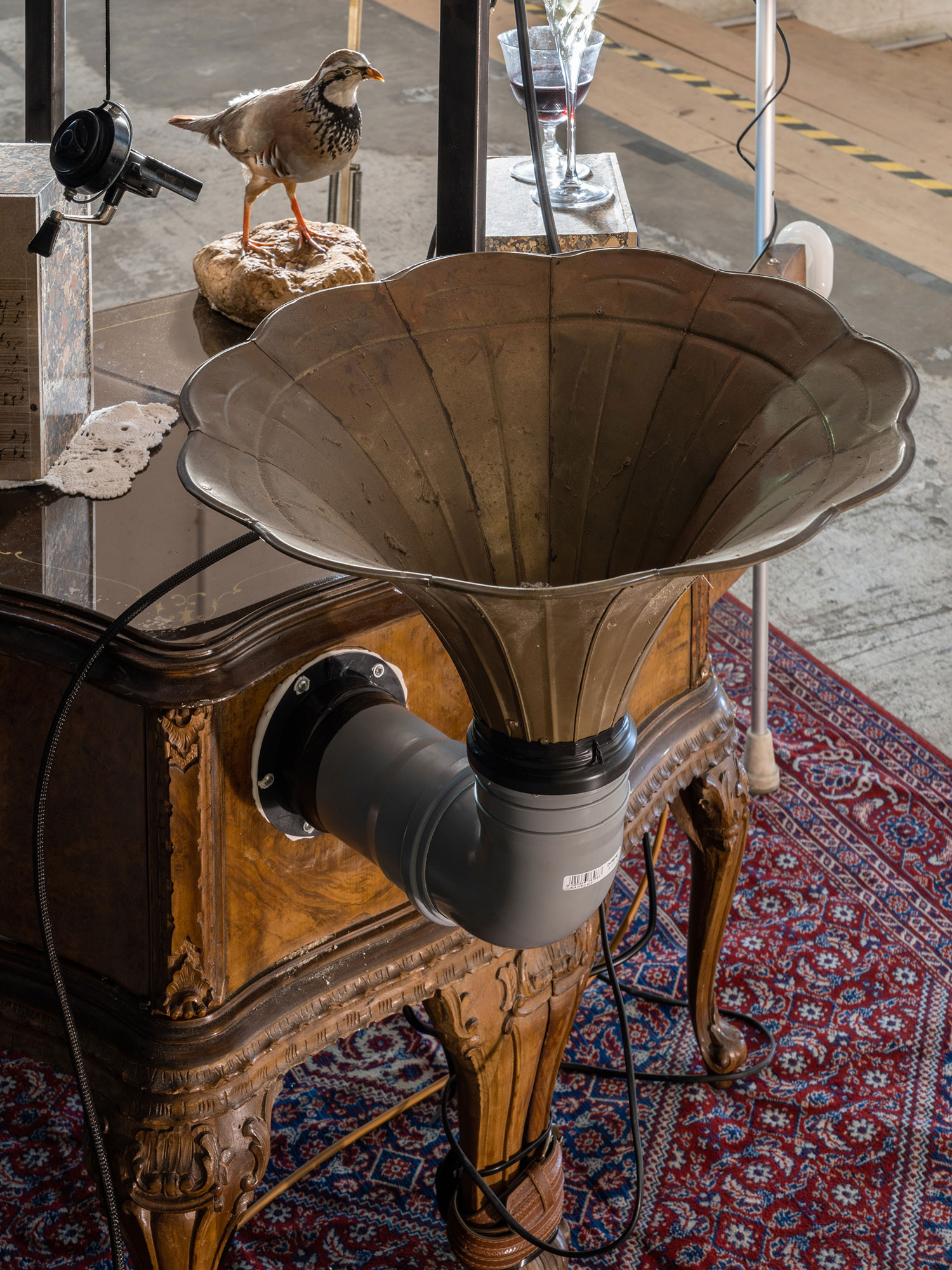 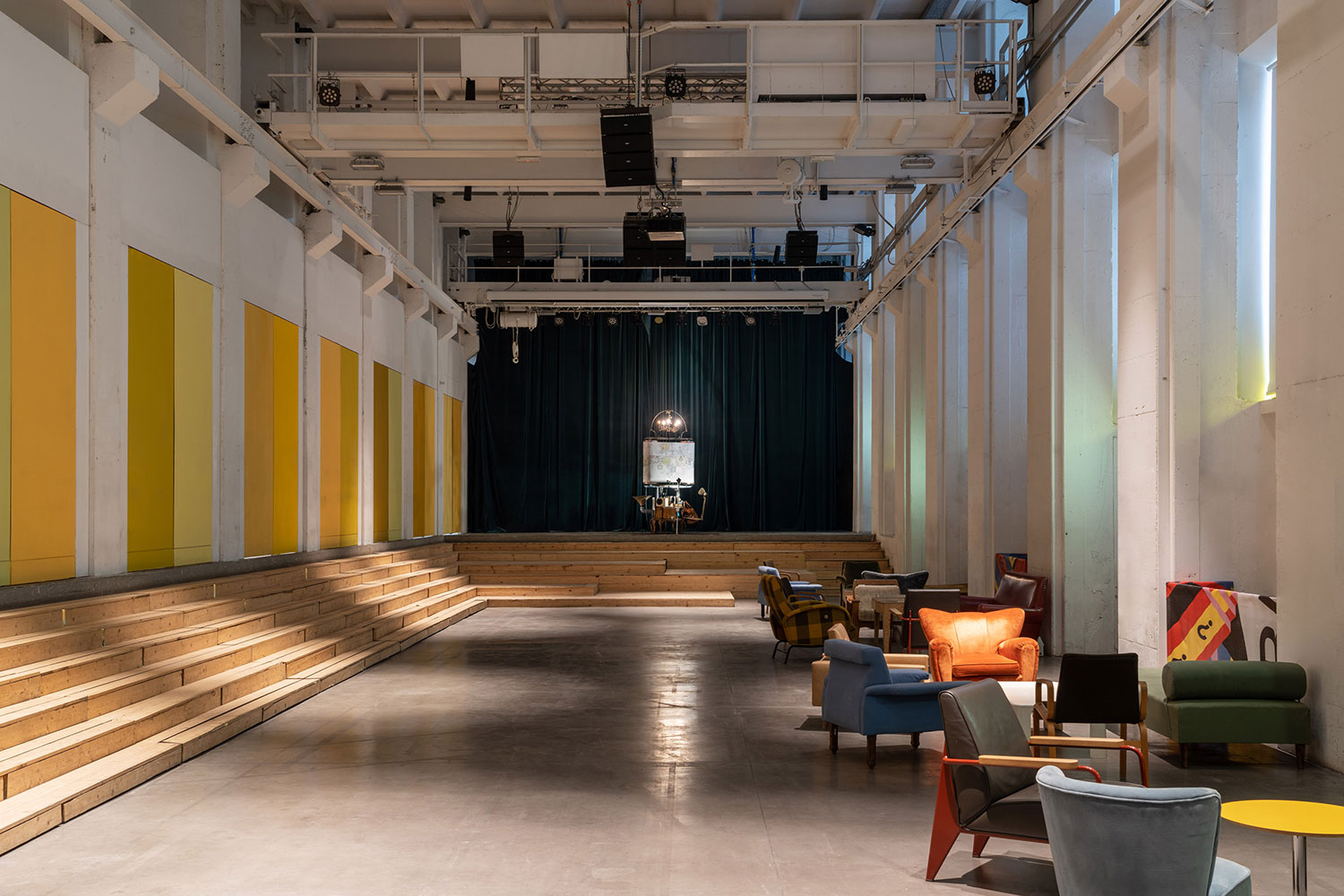 Collezione Ramo presents Marginal Carillon, a sound installation based on a large work on paper by the artist Eugenio Tibaldi (Alba, 1977) that has been created in collaboration with sound designer Taketo Gohara (Milan, 1975). The project opens Milano Art Week, which runs from 28 March to 3 April 2022 at BASE Milano.

The term ‘marginal’ denotes something inconspicuous, like a footnote; that which exists ‘on the margins’ is not immediately visible. For the artist Eugenio Tibaldi, marginal space coincides with the time that we dedicate to solitary activities, adopting different modes of behaviour. In this sense, marginality represents a form of defence and a search for freedom, a shedding of those guises and habits that define us in the eyes of others. Marginality signifies an intimate connection with ourselves, when we develop ways of using space that are different to those we use in everyday social situations. Each of us is transformed in our own marginality, which we create in order to deal with the vicissitudes of life.

Musical boxes are symbols of spatio-temporal marginality. As children, we open them or wind them up in idle moments so as to be transported to another place, to be absorbed and enchanted – if only for a brief time – by the music and the movements of a tiny ballerina or other magical beings in a jewellery case. When we become adults such objects may become charged with nostalgic associations, yet the musical box still signifies escapism, something able momentarily to take us out of ourselves.

Rotating on its underlying mechanism, Tibaldi’s long drawing explores such notions. The installation is a self-construction in which everyday objects lose their usual functions to become part of the ‘marginal machine’ depicted on paper.

The branch that extends for around three metres across the drawing defines the marginal space that a mysterious occupier has created for himself. At the beginning is an entrance where a set of house keys hang above a doorknocker, whilst at its end we find a number of postcards depicting mountainous regions with their peaks in the foreground. The smaller branches that support these are fragile; the inhabitant is unable to climb them and can only strain towards what is out of reach, the utopia of the summit. As one’s gaze follows the branch it encounters a number of different environments highlighted by cones of light. These are predominantly emotional zones that shield the occupier from the turbulent events of life, depicting a range of objects and scenarios suggestive of comfort. Near to the removed wig, the swing on which a book rests, the television set and the record player, among the half-empty wine glasses abandoned among the tree’s roots, discarded items of clothing and old-fashioned doilies, one can make out concentric rings that signify a real faith in these redemptive and protective spaces. The birdcage that hangs precariously from the fishing rod highlights the necessity of our presence for the existence of others, as do the plant and the bottle. We then move on to that most private of spaces, located between the mattress and the bathroom mirror, before arriving at the zone of religious faith and spirituality, where one can spot an eighties-style disco ball. The faint outlines of fighting birds depicted in pencil allude to human conflict and moments of insane violence throughout history, which have not been traced in ink in the hope that the noise of their explosions might be muffled.

When our defence mechanisms enable us to weather the storm of violent upheavals, we cling to these lifelines for which sound designer Taketo Gohara has created sonic counterpoints. As viewers approach the work they trigger a camera that detects the amount of ink on the paper, which is then transformed into a note. In this way a harpsichord, a piano, a range of percussion instruments and a vibraphone are grafted onto the viewer’s own heartbeat, celebrating the wonder of new sounds and of a pleasurable state of suspension in which each melody can coexist or live independently.

Taketo Gohara has set these daily micro-salvations to music, projecting them into a comforting sonic universe, into a dimension of rebirth, of a joyful discovery of the beauty that hides amidst everyday ugliness and which is a hymn to the new life that blossoms even when we are unaware of it. A succession of sounds interweave with the heartbeat, creating a soundtrack to the moving image.

This collaboration between Eugenio Tibaldi and Taketo Gohara generates a visual and auditory experience that can exist only if triggered by a presence, by an individual seeking a melodic nest in which to take refuge from the brutal tumult of reality. 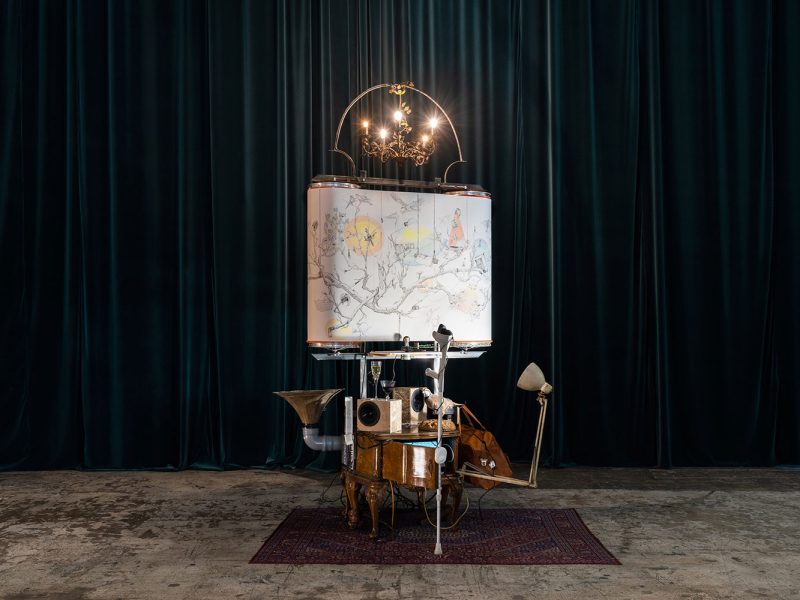 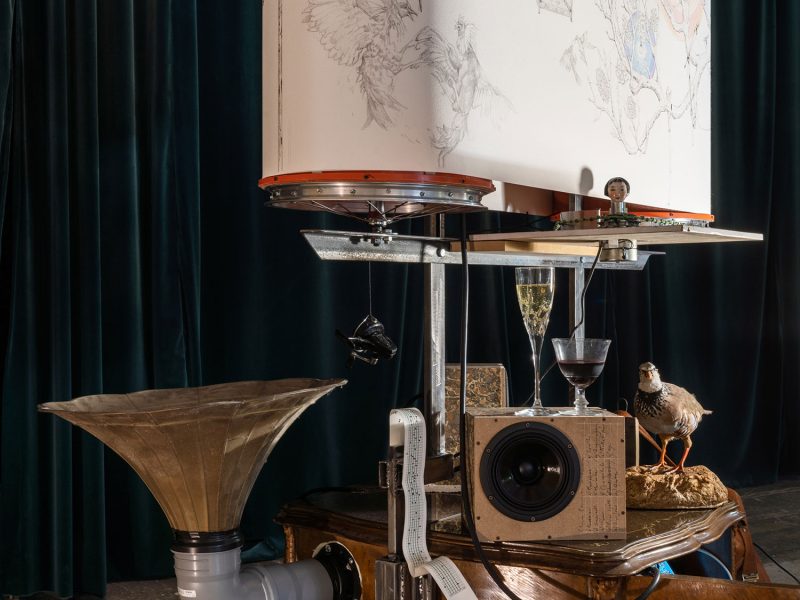 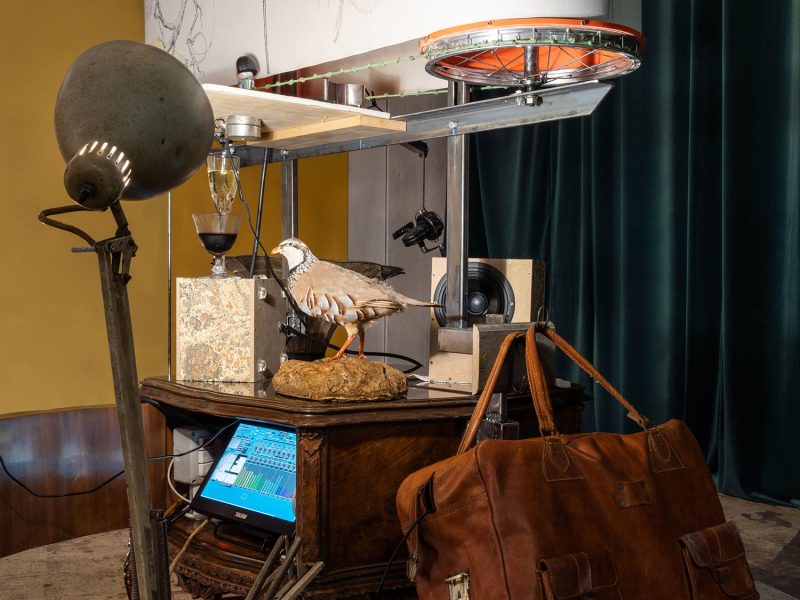 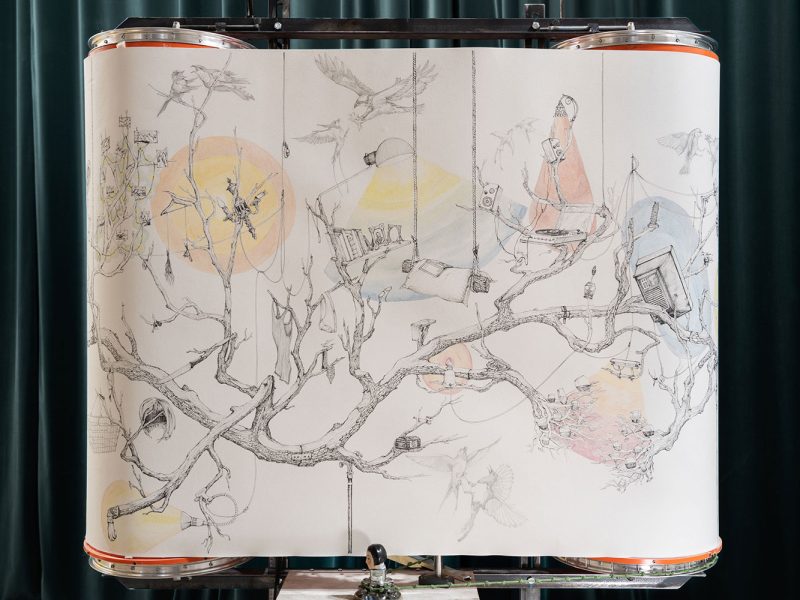 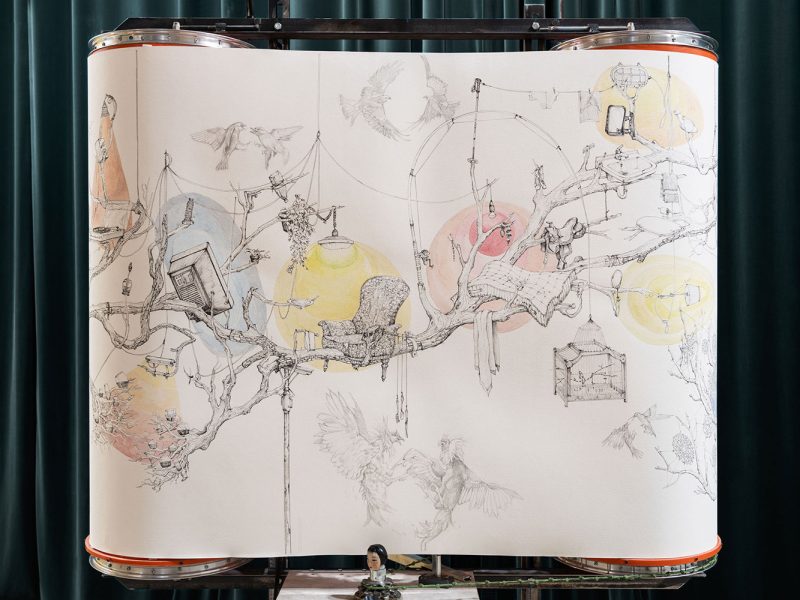 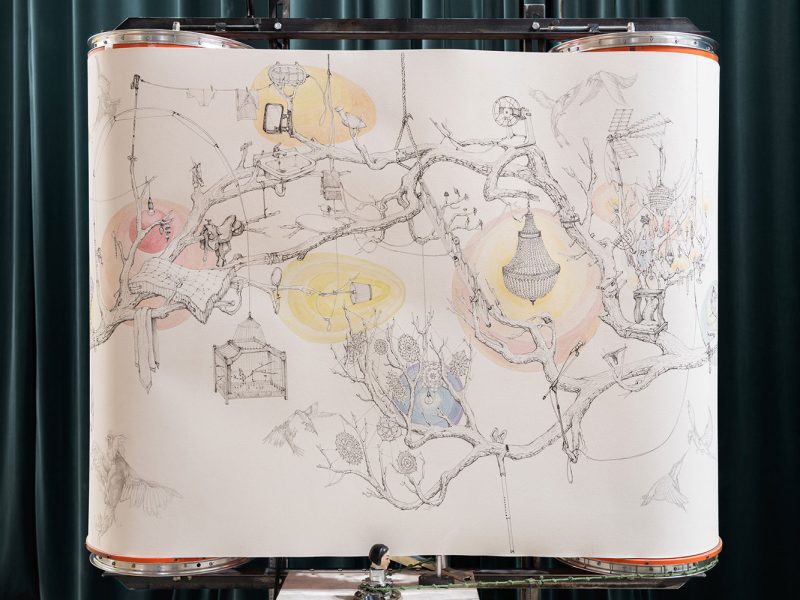 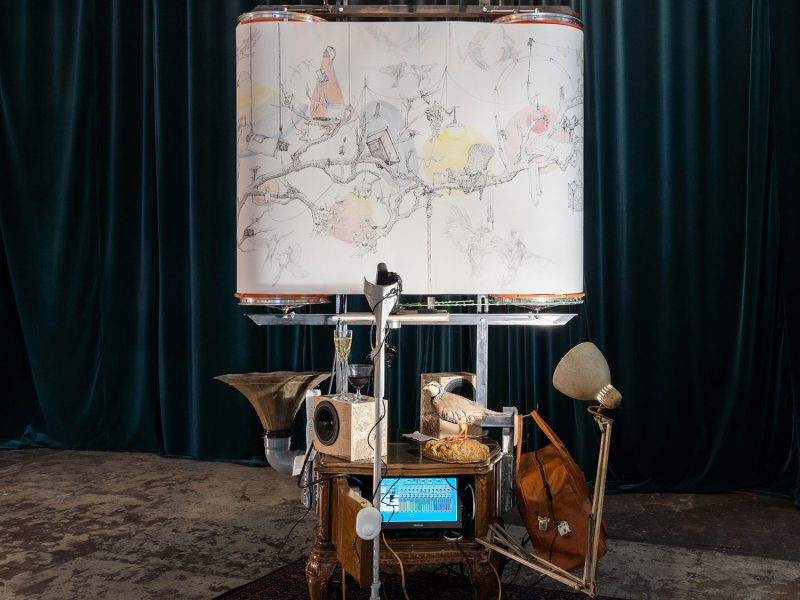 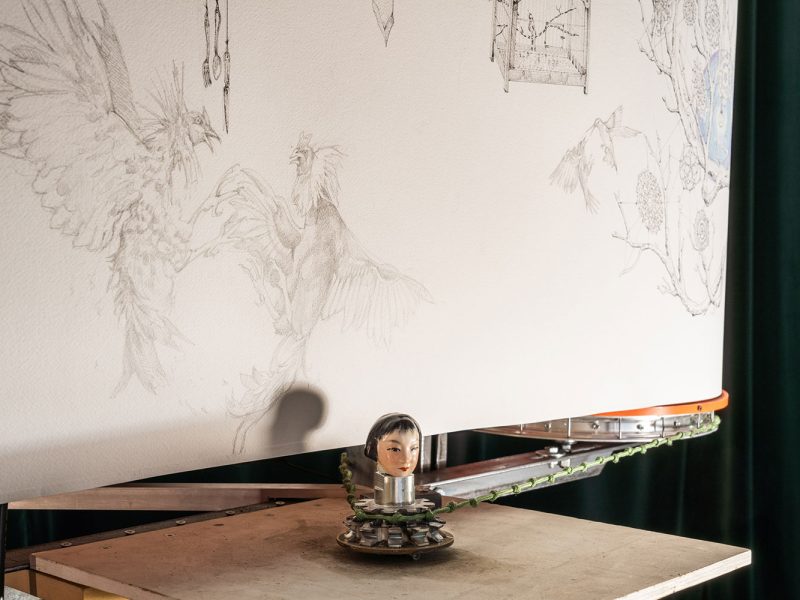 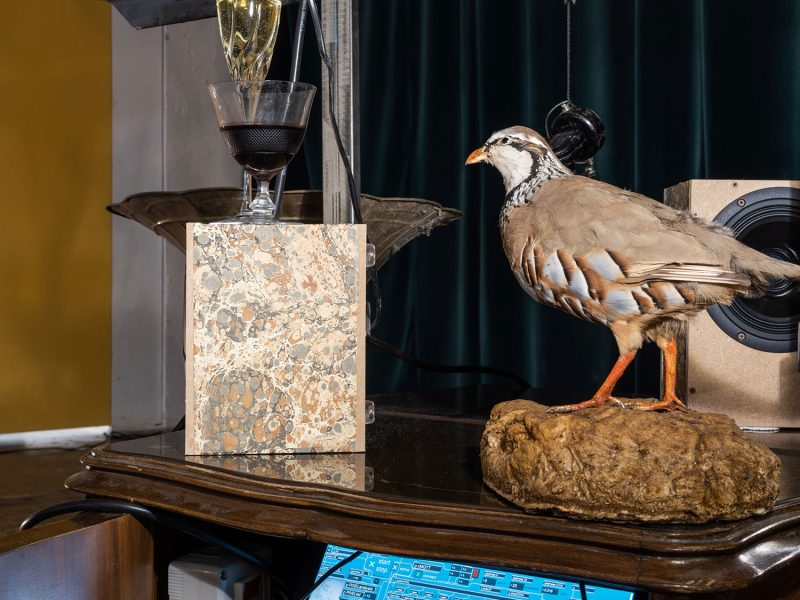 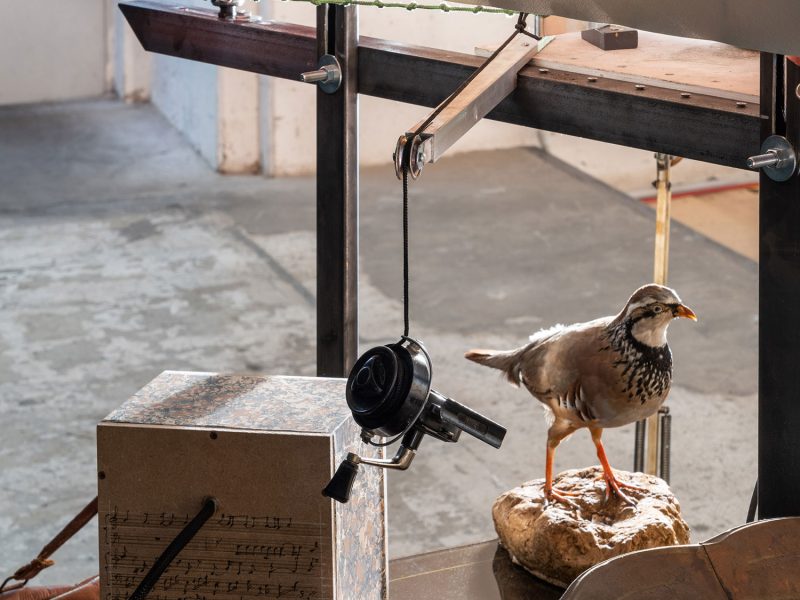 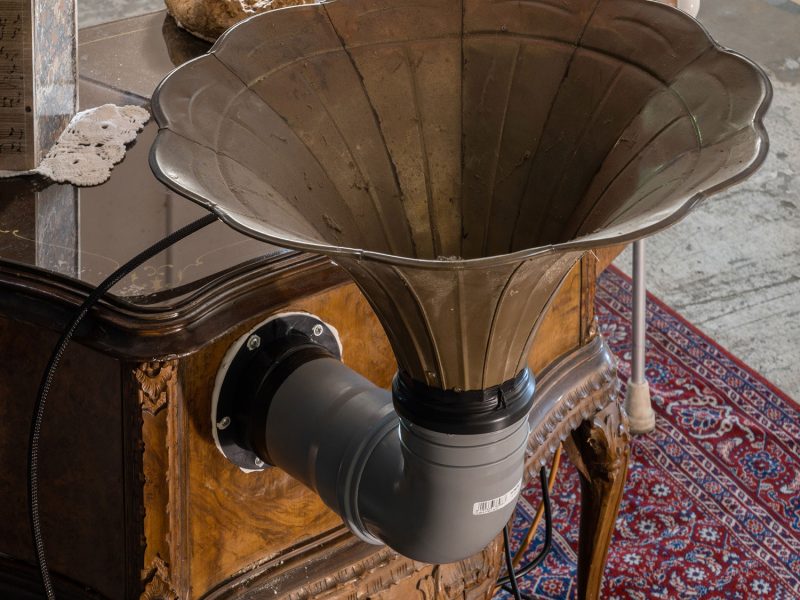 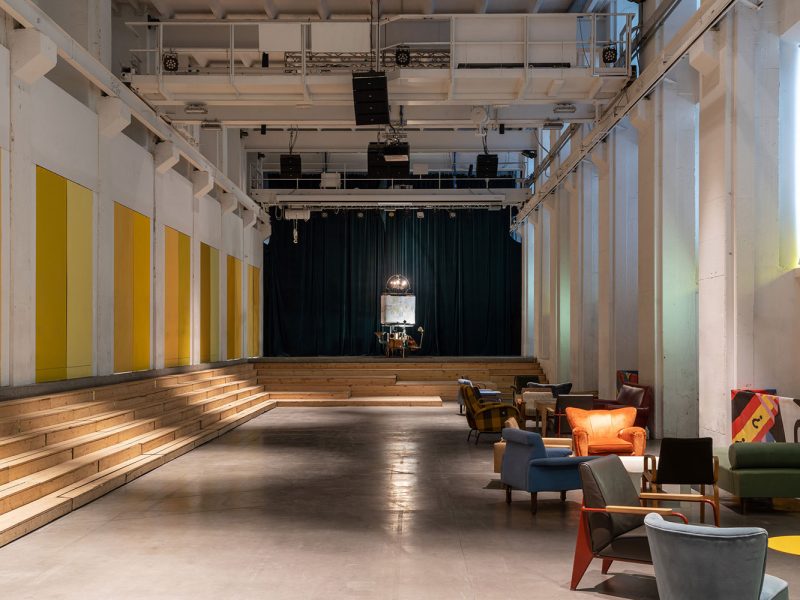