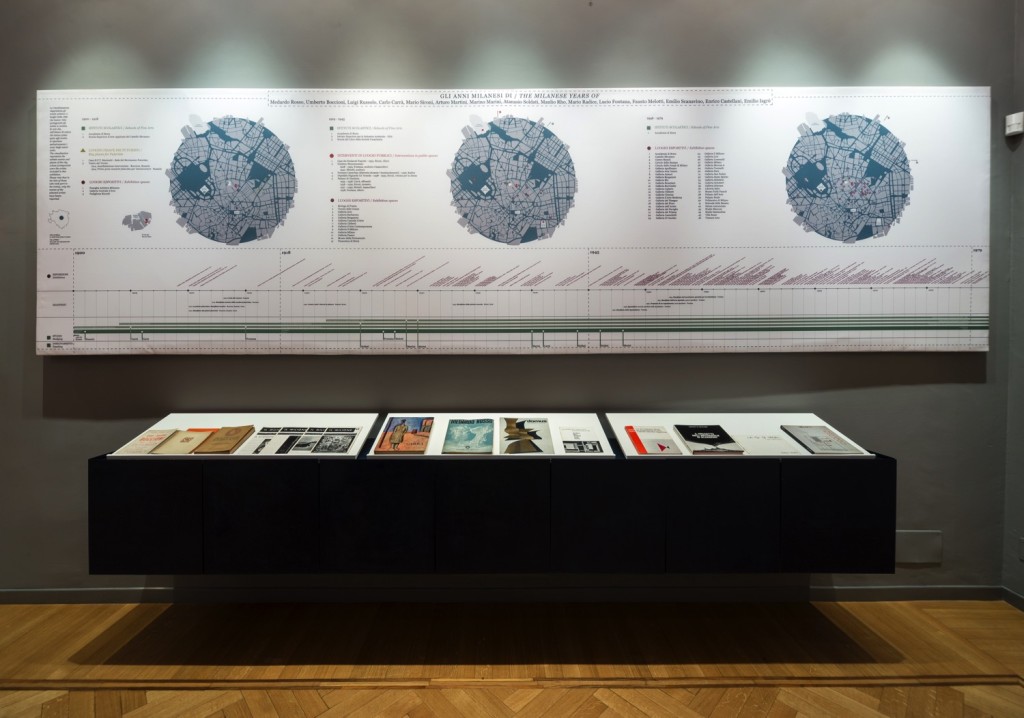 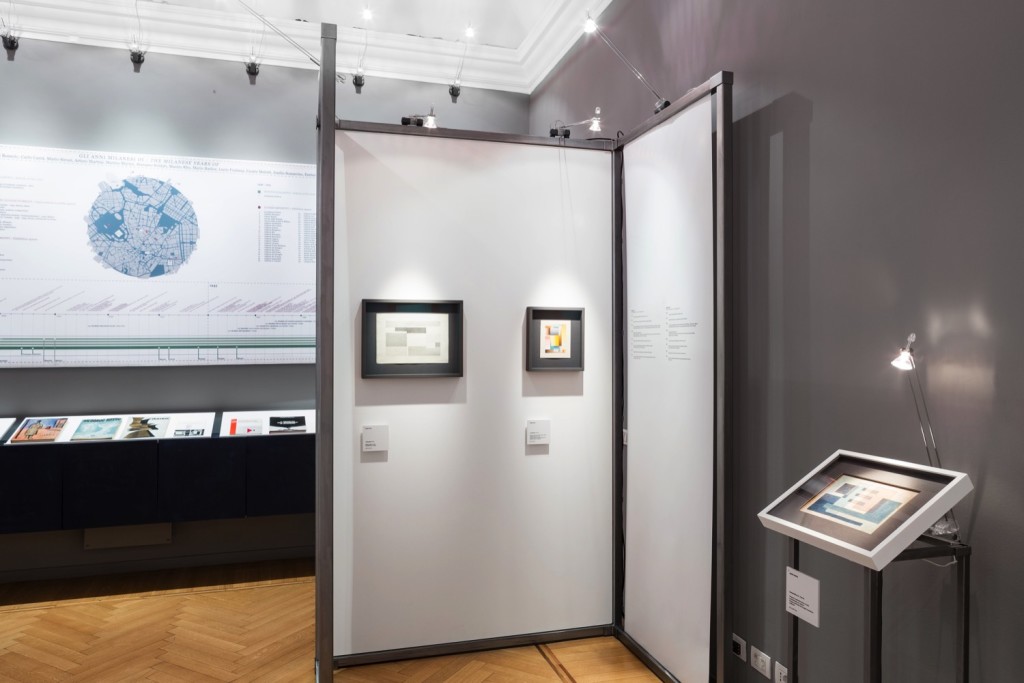 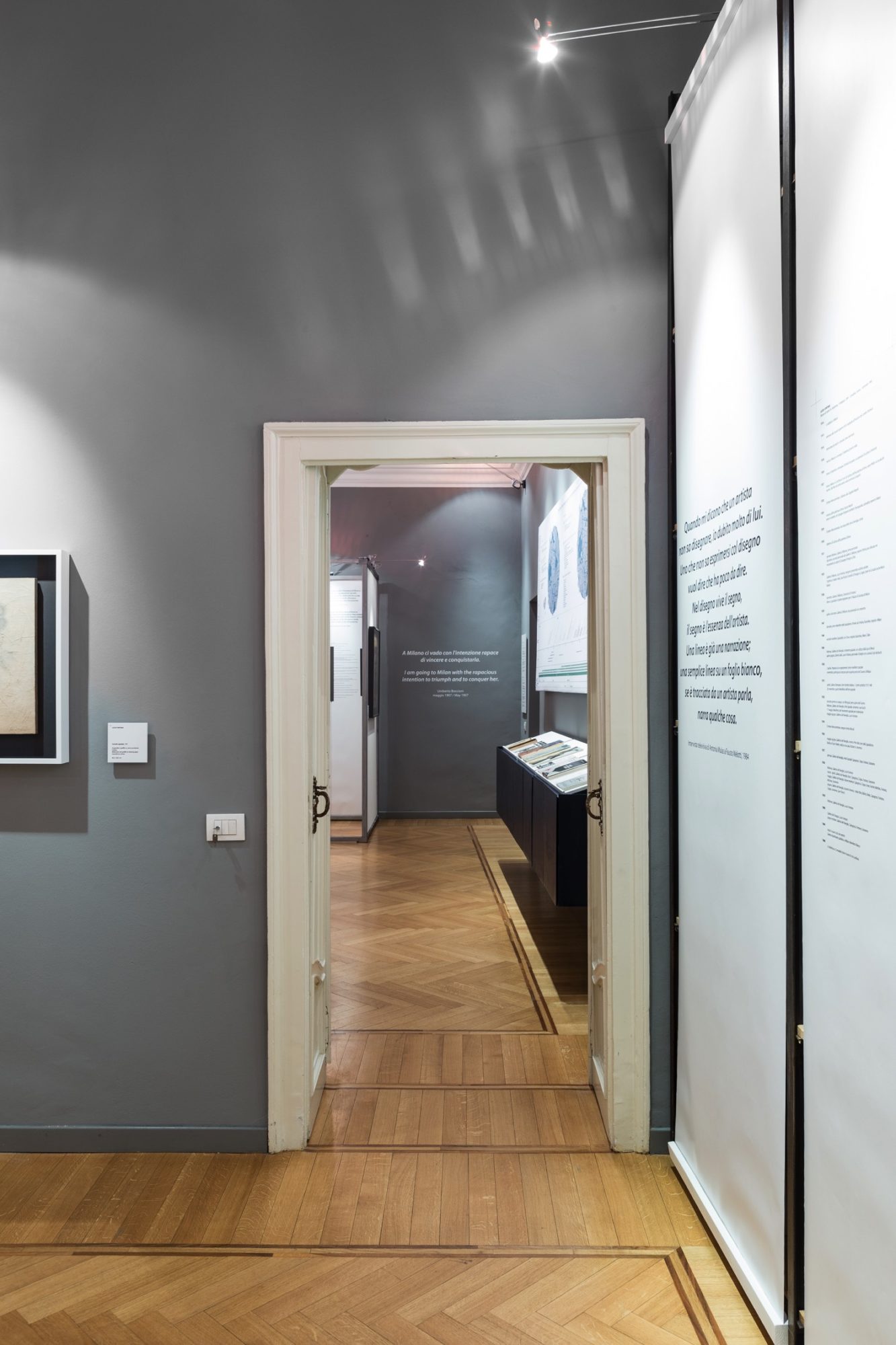 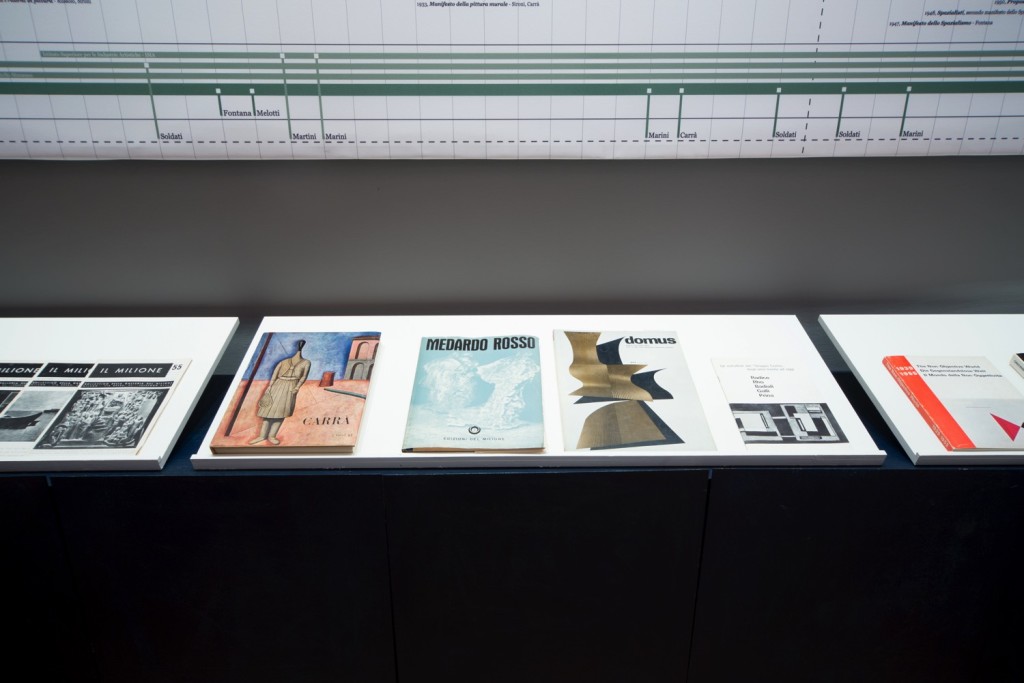 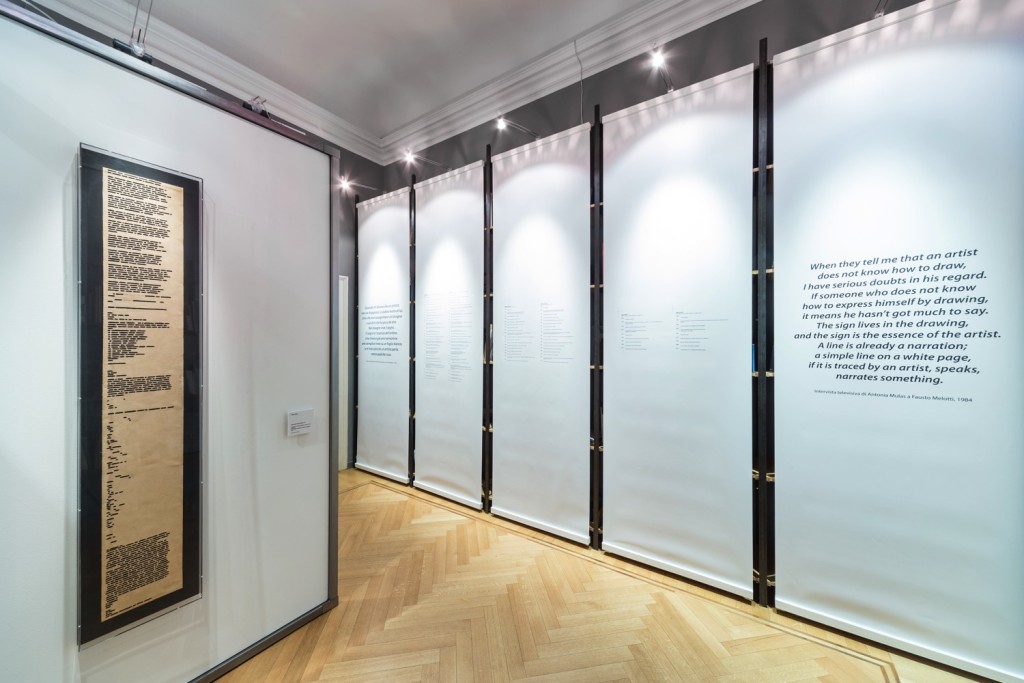 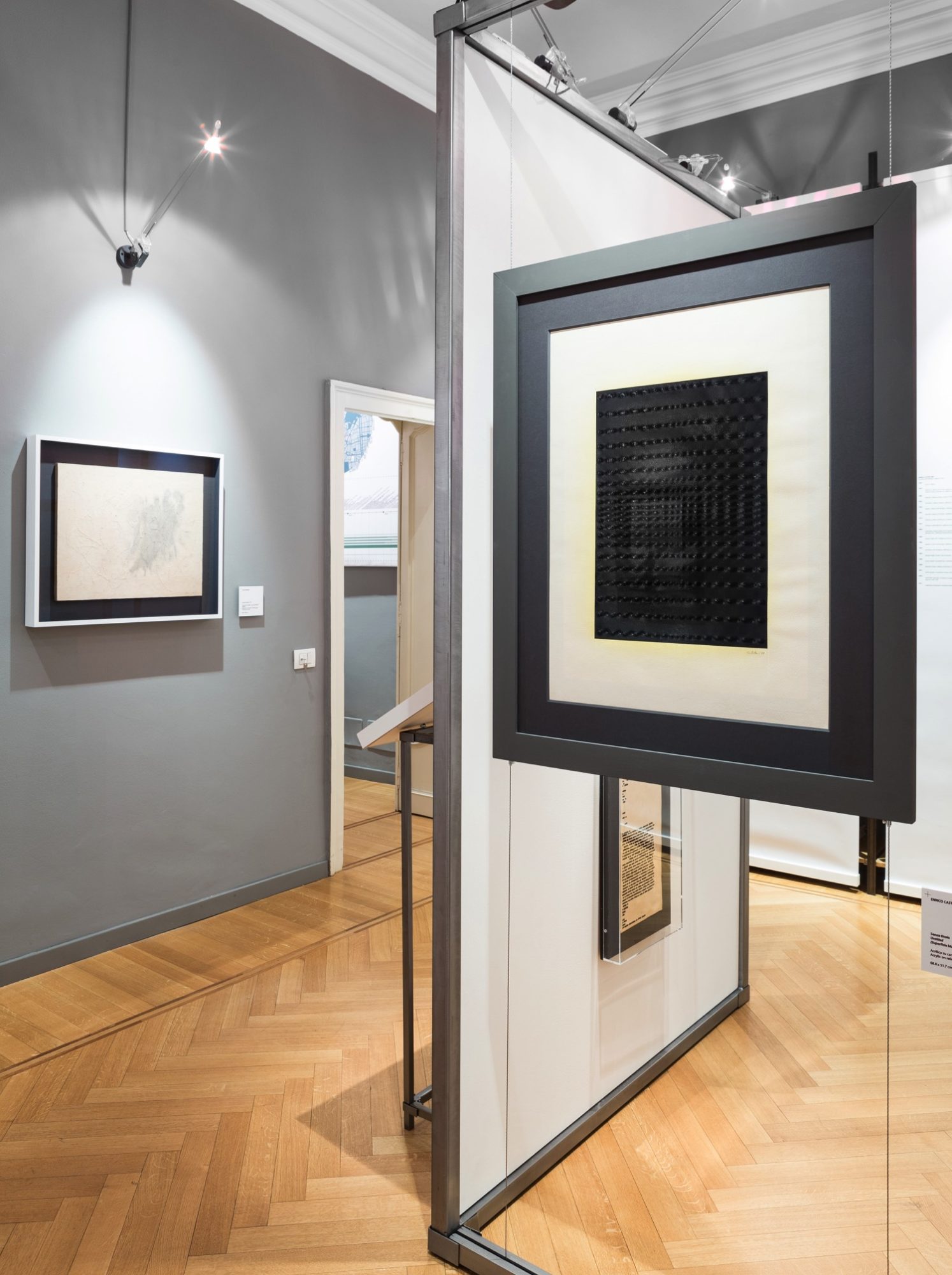 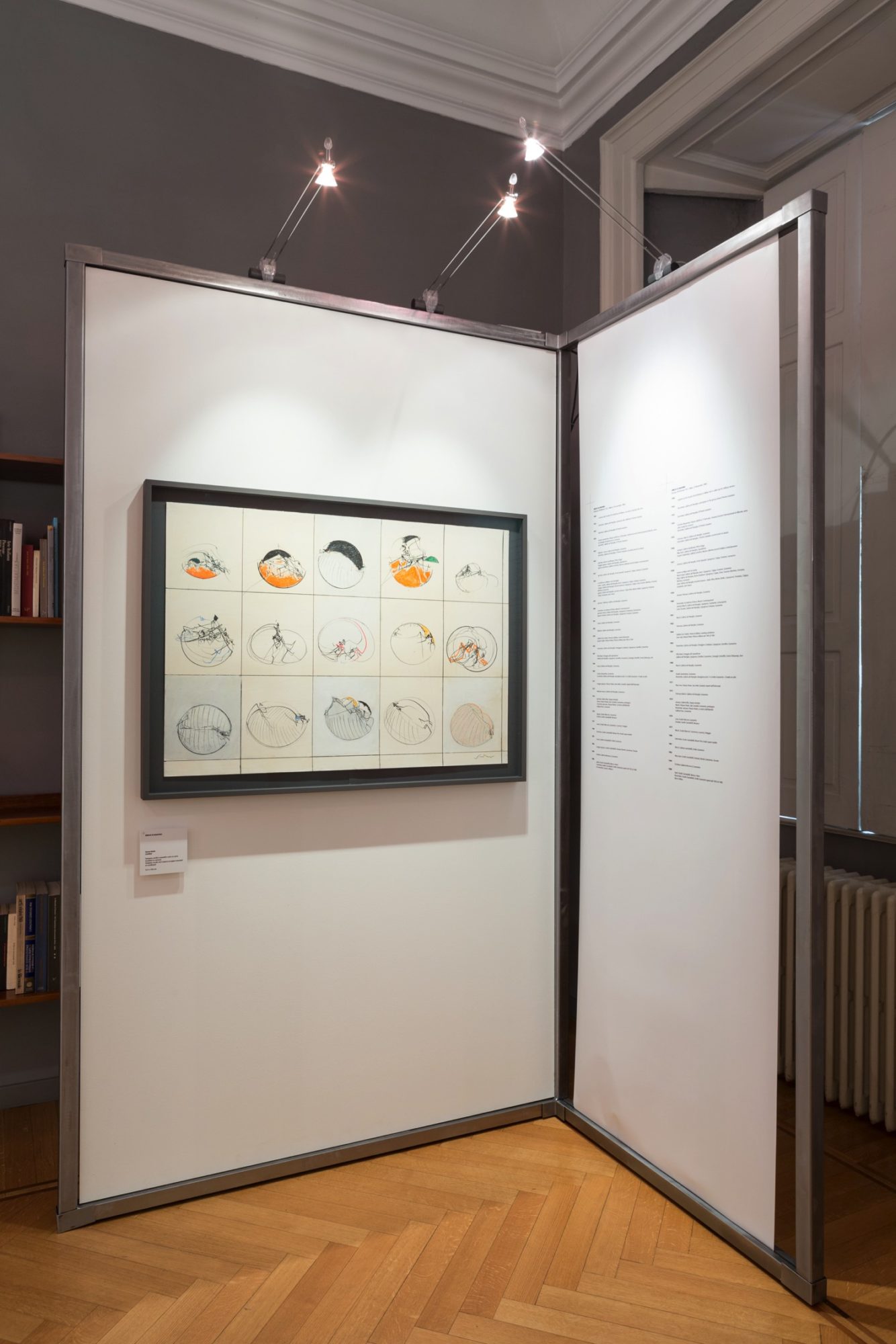 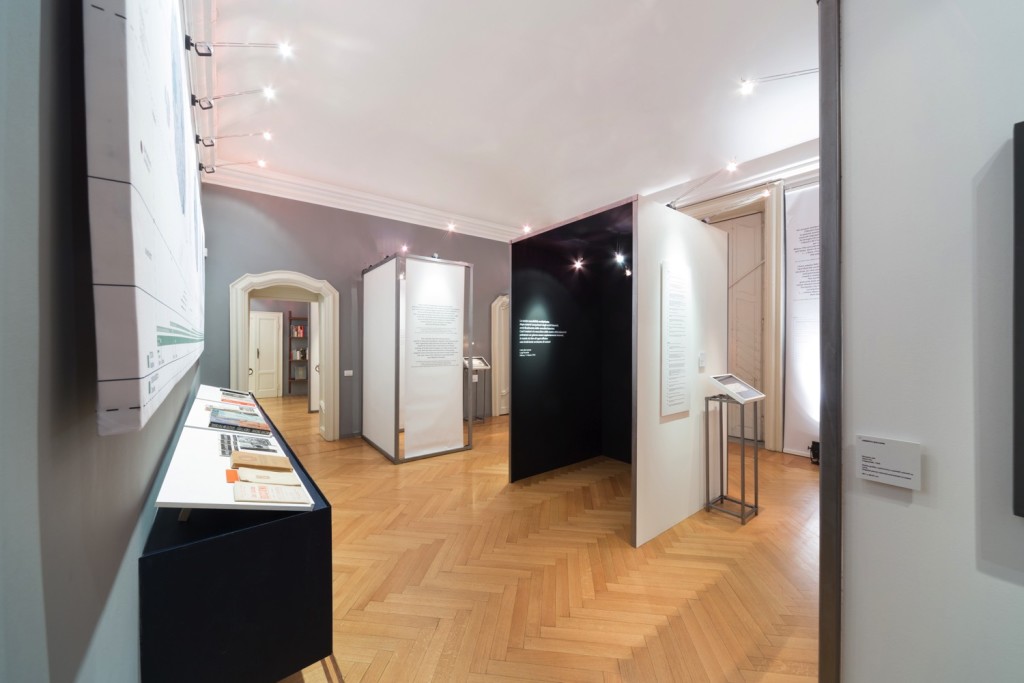 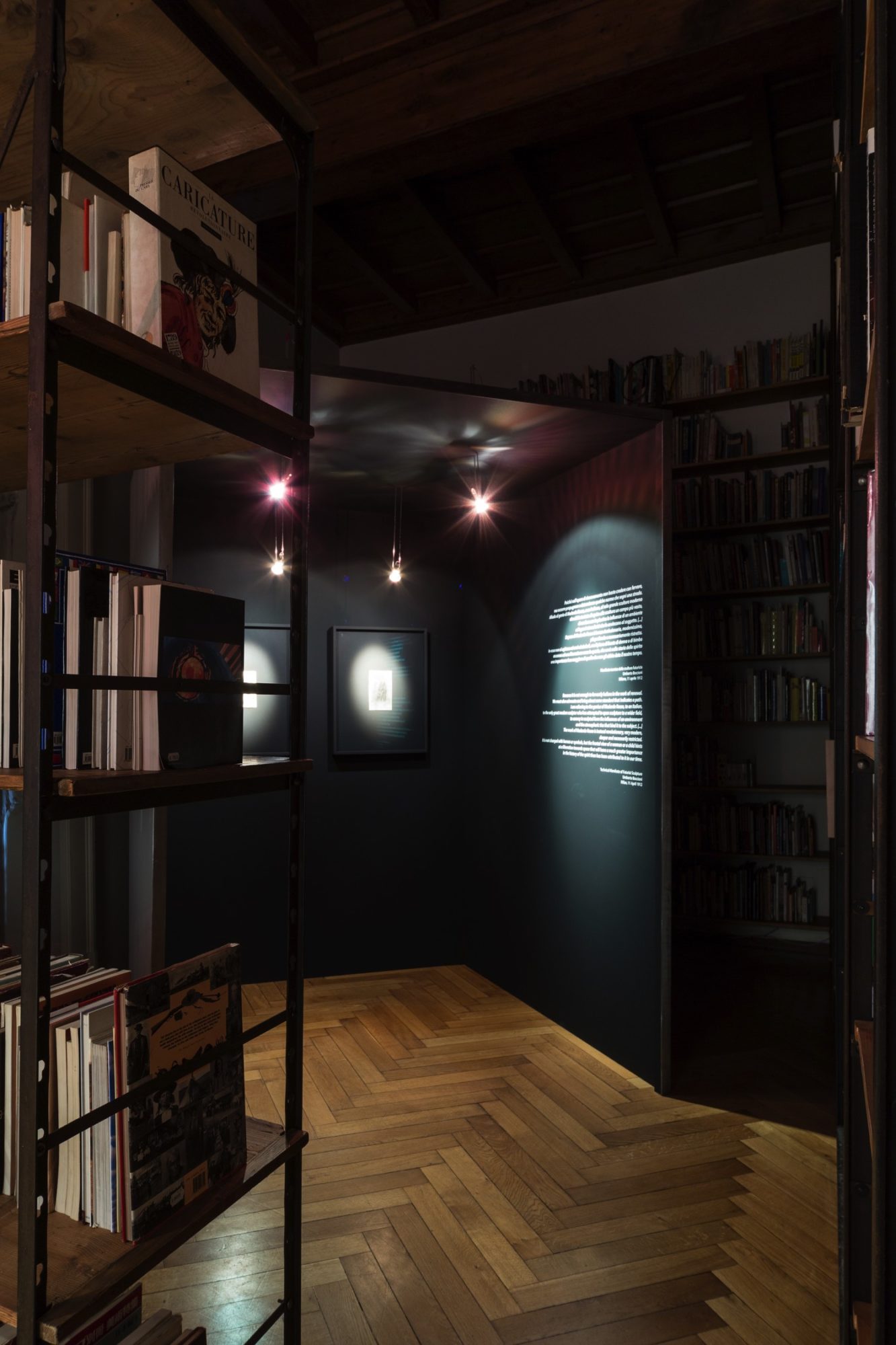 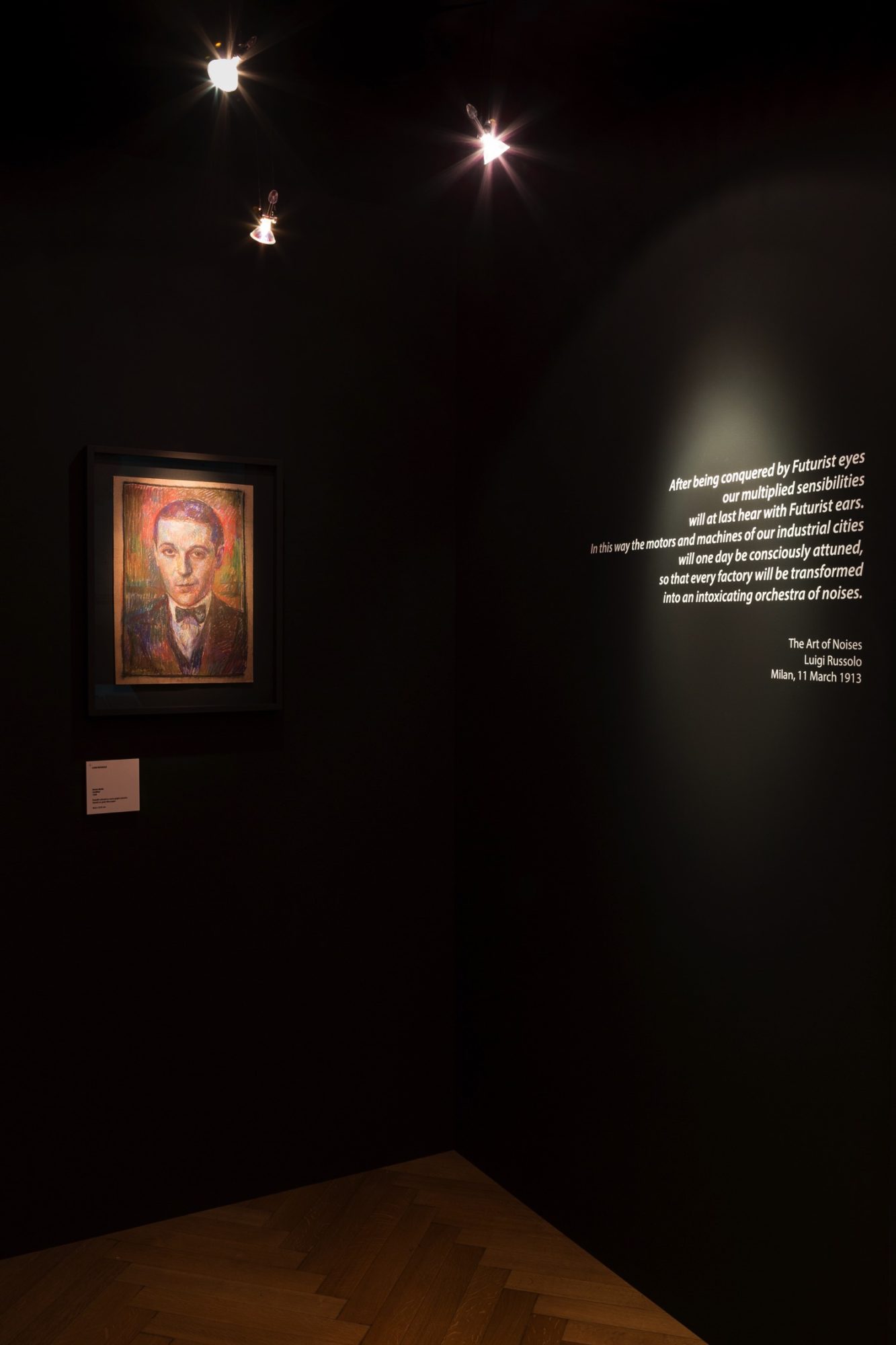 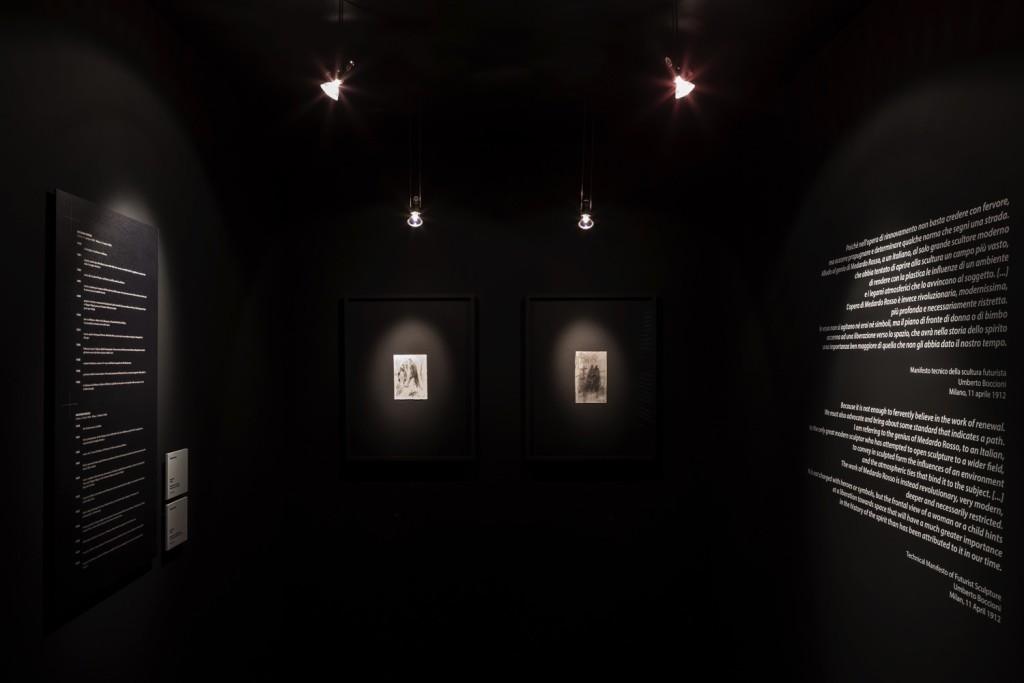 For the exhibition Milanesi si diventa 28 works have been selected from the almost 600 pieces in the Ramo Collection, spanning about 80 years of the history of art in Milan, from the early 1900s to the end of the 1970s. Drawing can thus be seen in all its guises: as an initial idea captured on paper, as an autonomous artwork, a preparatory sketch, or in the widest sense of works on paper. Among the 110 artists in the collection, the 15 chosen names (Medardo Rosso, Umberto Boccioni, Luigi Russolo, Carlo Carrà, Mario Sironi, Arturo Martini, Marino Marini, Atanasio Soldati, Manlio Rho, Mario Radice, Lucio Fontana, Fausto Melotti, Emilio Scanavino, Enrico Castellani, Emilio Isgrò) were not born in Milan, but came to live in this city, and took part in the debates and exhibitions that have made its history unique.

Analyzing the artistic context of Milan, the historical itinerary has been divided into three parts: from the start of the last century to the end of World War I, from 1918 to 1945, and from the period after World War II to 1979. It is interesting to observe that throughout the period there has been much overlapping of the places where the artists studied and worked, and of galleries where movements interacted that now seem to be distant from each other, but at the time appeared as a single, engaging situation of artistic ferment. Just consider the Fine Arts Academy of Brera, where almost all the artists in the exhibition spent time, or the Palazzo di Giustizia, where Carrà, Sironi, Fontana and Melotti all did work from 1935 to 1939.

The research has also revealed a series of gallerists who contributed to write modern art history, and a cultural ferment that also touched on bookstores, bars and other public venues.
It is worth mentioning, among others, Galleria Pesaro where the Novecento group of artists took form in 1922, and where Sironi and then Carrà showed work. Another was Galleria Il Milione, founded in 1930 by the Ghiringhelli brothers, which held shows by Rho, Radice, Soldati, together with Marini, Melotti, Fontana, and published a monograph on Medardo Rosso in 1950. Nor should we forget the activity of Galleria Il Naviglio, founded in 1946 by Carlo Cardazzo, which presented works by Boccioni, Sironi, Soldati in the same years as shows by Scanavino, Fontana and then Castellani.

There are many anecdotes that illustrate the reciprocal influence of these fifteen artists who often encountered each other in Milan in those days. For example, at the first solo show of Emilio Isgrò at Galleria Apollinaire in 1967 Fontana purchased a work, visiting the show in the company of Melotti. Medardo Rosso, cited by Boccioni in the Manifesto tecnico della Scultura Futurista (1912), was a frequent visitor at the home of Carrà, at Via Vivaio 16. Martini, who had worked on the writing of a new manifesto of Futurist sculpture in 1920 (since lost), taught sculpture at the ISIA in Monza, and then passed the position on to his friend Marino Marini in 1929.

After World War II we can see exponential growth in the number of art events (about fifty exhibition spaces just for the artists in this show) and art movements, which though very different were still engaged in intense discussion. The decision to conclude the timeline at the end of the 1970s coincides with the start of a new way of understanding art, far from the manifestos and circumscribed movements, with a greater focus on individual poetics that developed towards the end of the last century and still characterizes the present. Instead, the exhibition concentrates on the recent past and the widespread enthusiasm for the new, to be invented together, which mainly involved the Brera neighborhood.

The selection of the works for this first small exhibition attempts to represent the criterion behind the formation of the Ramo Collection, which is not just aesthetic, not dictated by market logic, but has a didactic intent based on the desire to focus on drawing, and on the various modes of expression through which each artist operated. For every author an attempt has been made to indicate one or more stylistic phases, representing both recurring subjects and rarities. It has been decided to present the drawings without the traditional ivory-color mats that frame the central part, but on a gray background that makes the paper stand out, just as the artist treated it, even with the marks of thumbtacks at the corners, or with irregular edges.

The works in the show form a sequence that reflects a dense weave of acquaintanceships, stimuli and reactions that have allowed us to address, in a tangible way, eighty years of sharing of the value of art, though in different forms, and a Milan that no longer exists, but which it is important to remember. 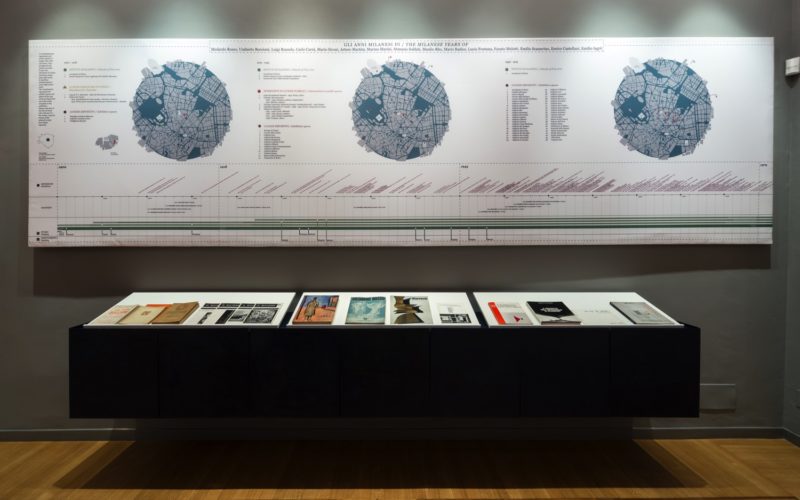 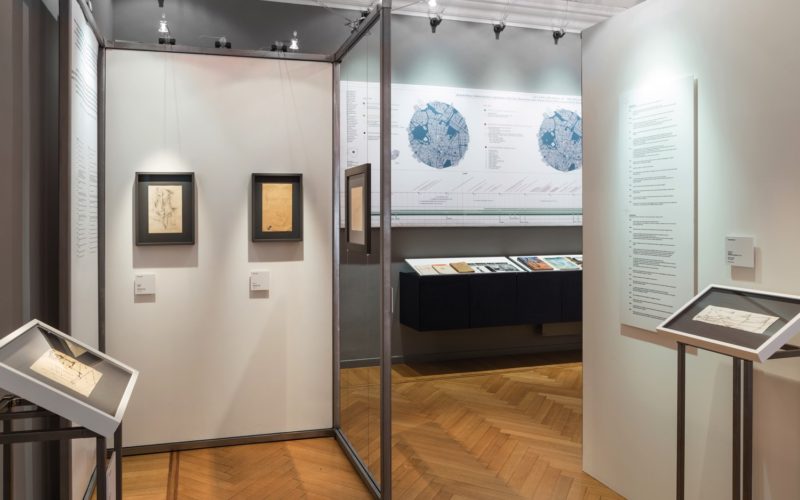 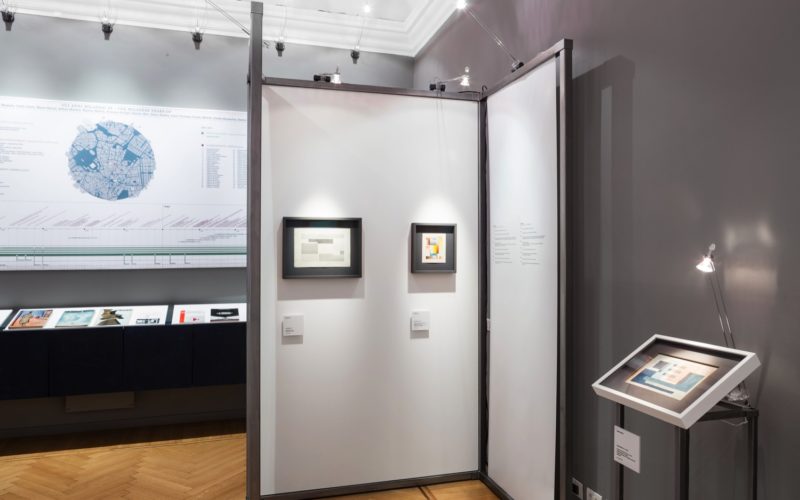 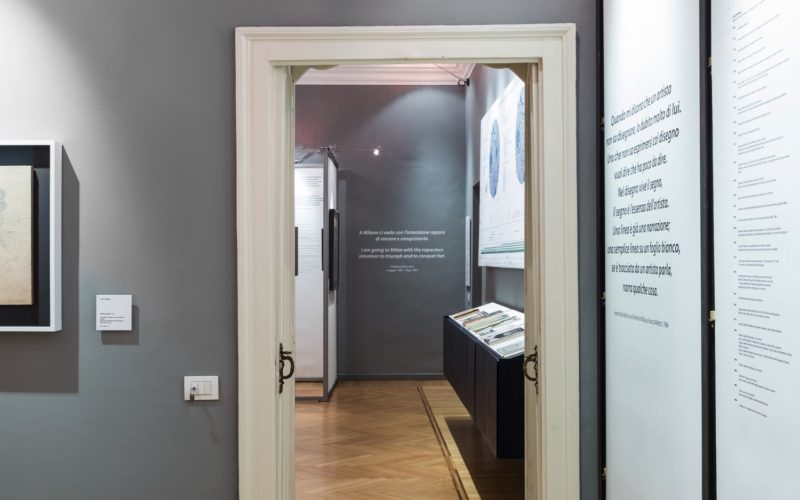 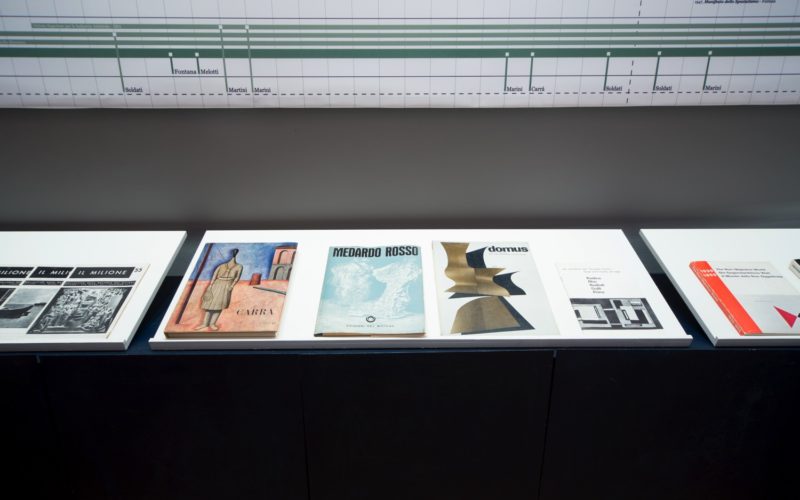 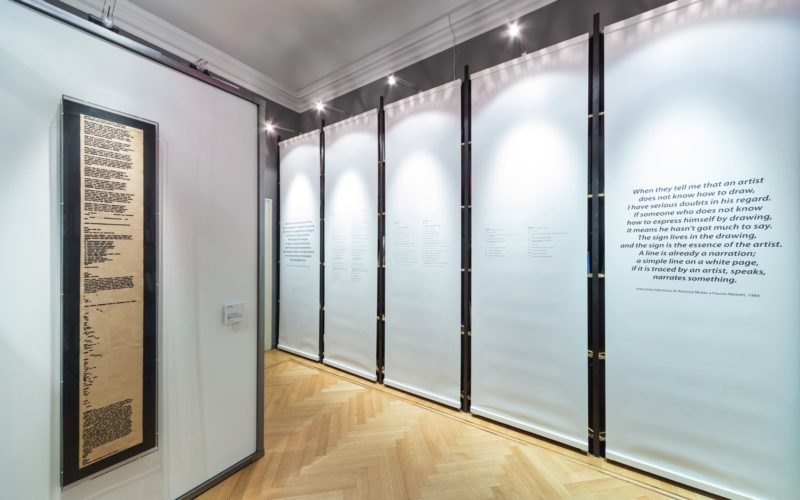 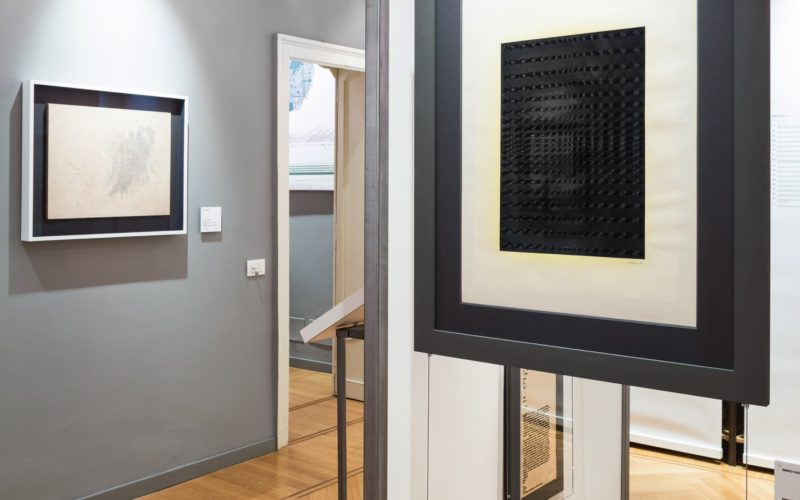 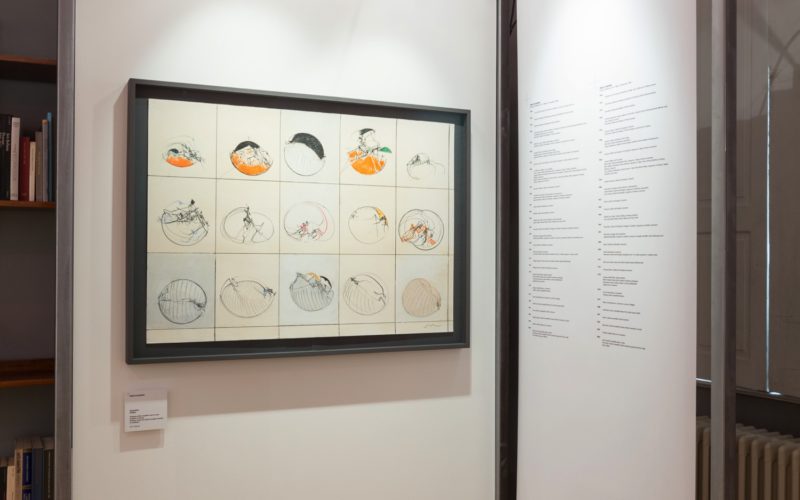 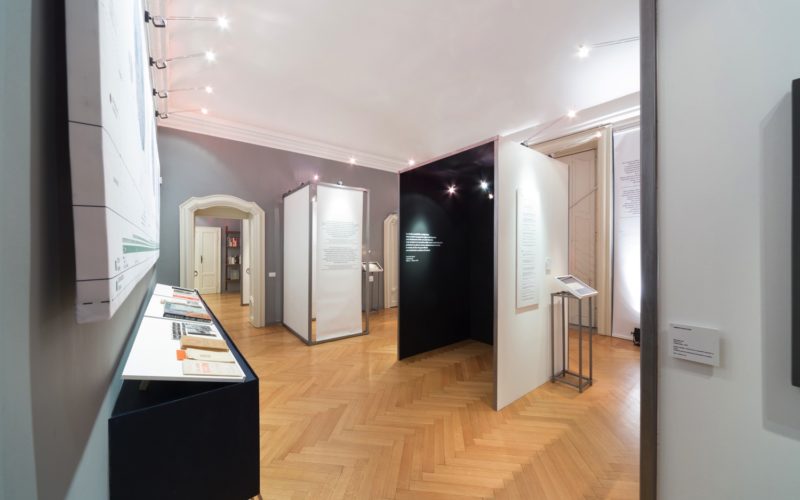 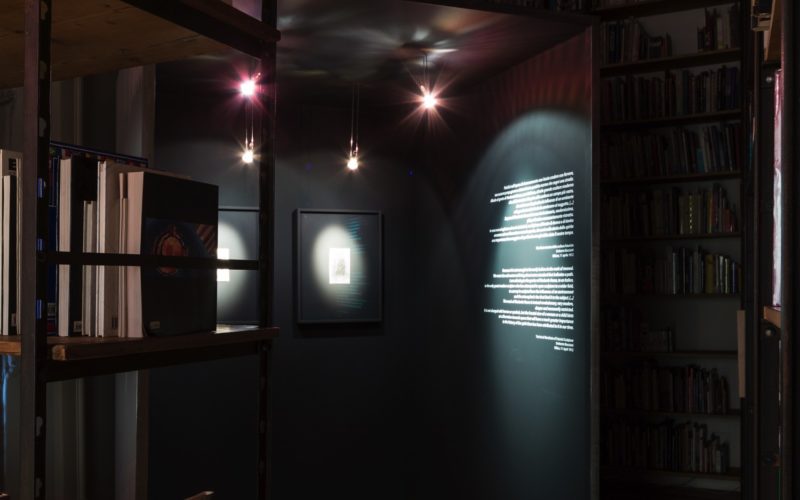 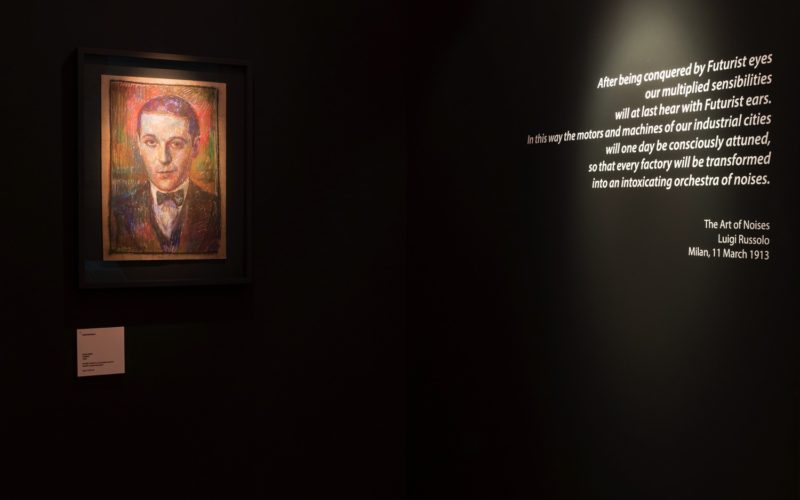 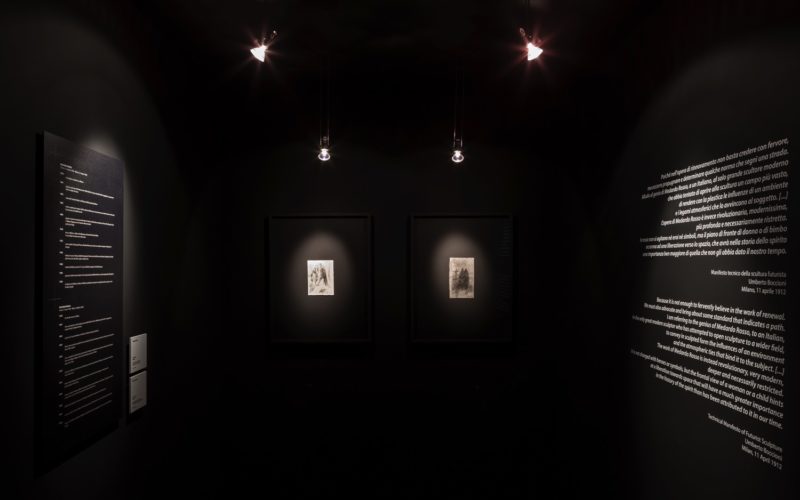